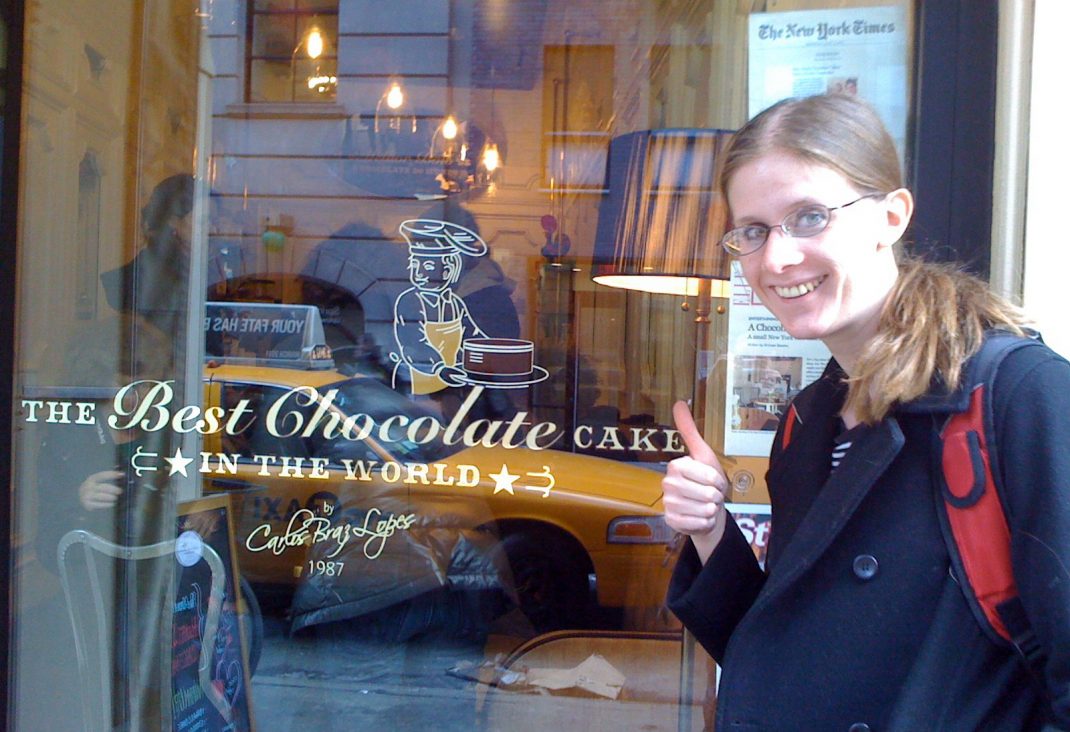 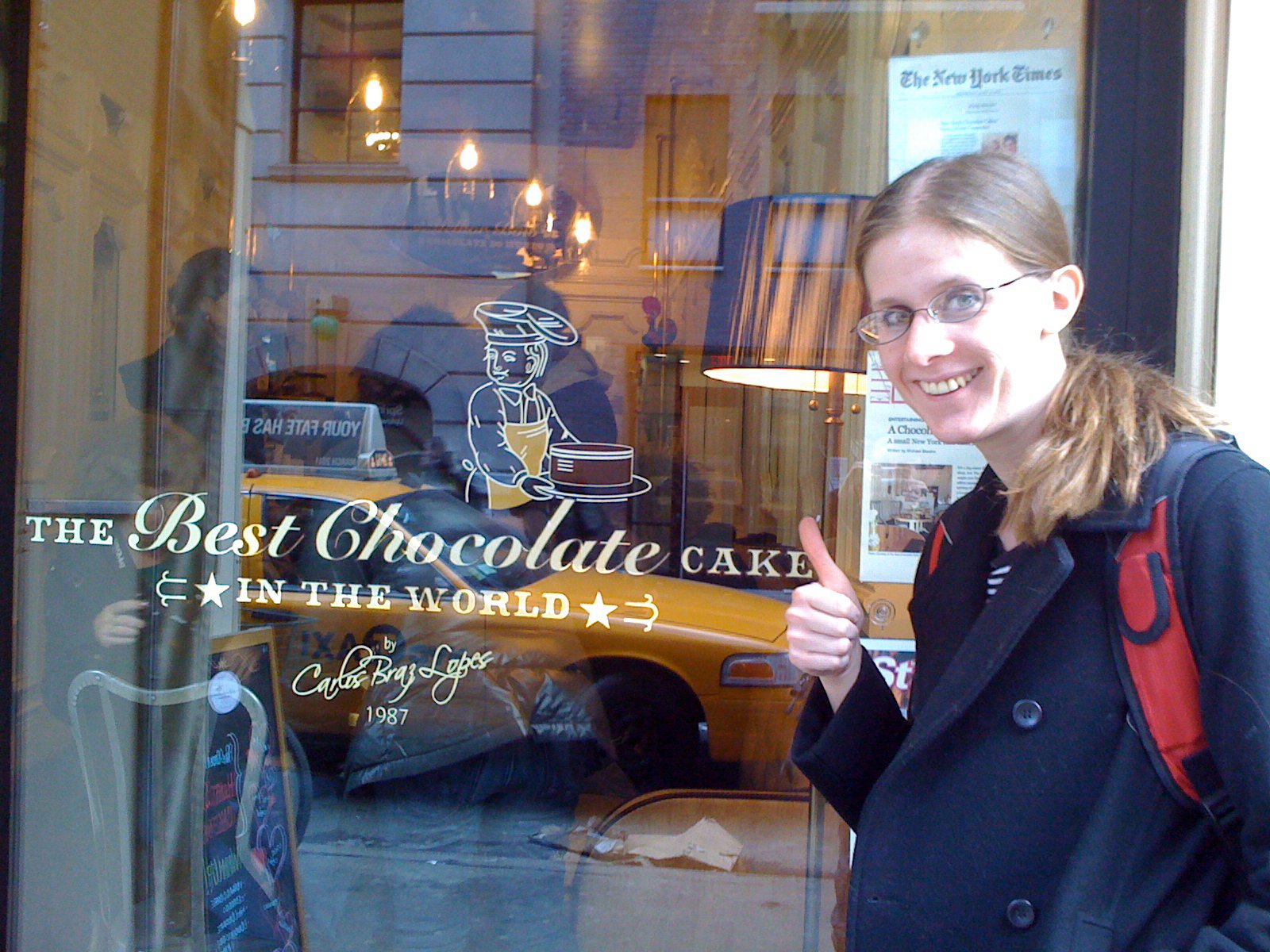 So I’m off on an adventure today–not in Beantown, but rather, the Big Apple! Since the Chocolate Companion had to fly to the NYC to receive an award last night, I decided to take advantage of the opportunity and take a bus in to see what kinds of adventures we could have. Last time I was in New York, on Valentine’s Day of 2011, I had gotten free bus tickets for myself and a friend, and we spent the day exploring on a somewhat mild day for winter. Not having any particular plans, we mostly walked around Greenwich Village, and as luck would have it, my CESP (Chocolate Extra Sensory Perception) brought us to a spot that quite simply said “The Best Chocolate Cake in the World” on the front. It goes without saying that I went in to try it. Though it wasn’t the best chocolate cake I had ever had, it was very good, and the shop itself was very cute and sort of French vintage-inspired, with only a few seats at copper-mirrored tables with tiny vases of violets. I’ve since found that the shop is now closed, but that doesn’t mean there aren’t lots of other potential chocolate adventures to be had today, and I can’t wait to tell you what happens!