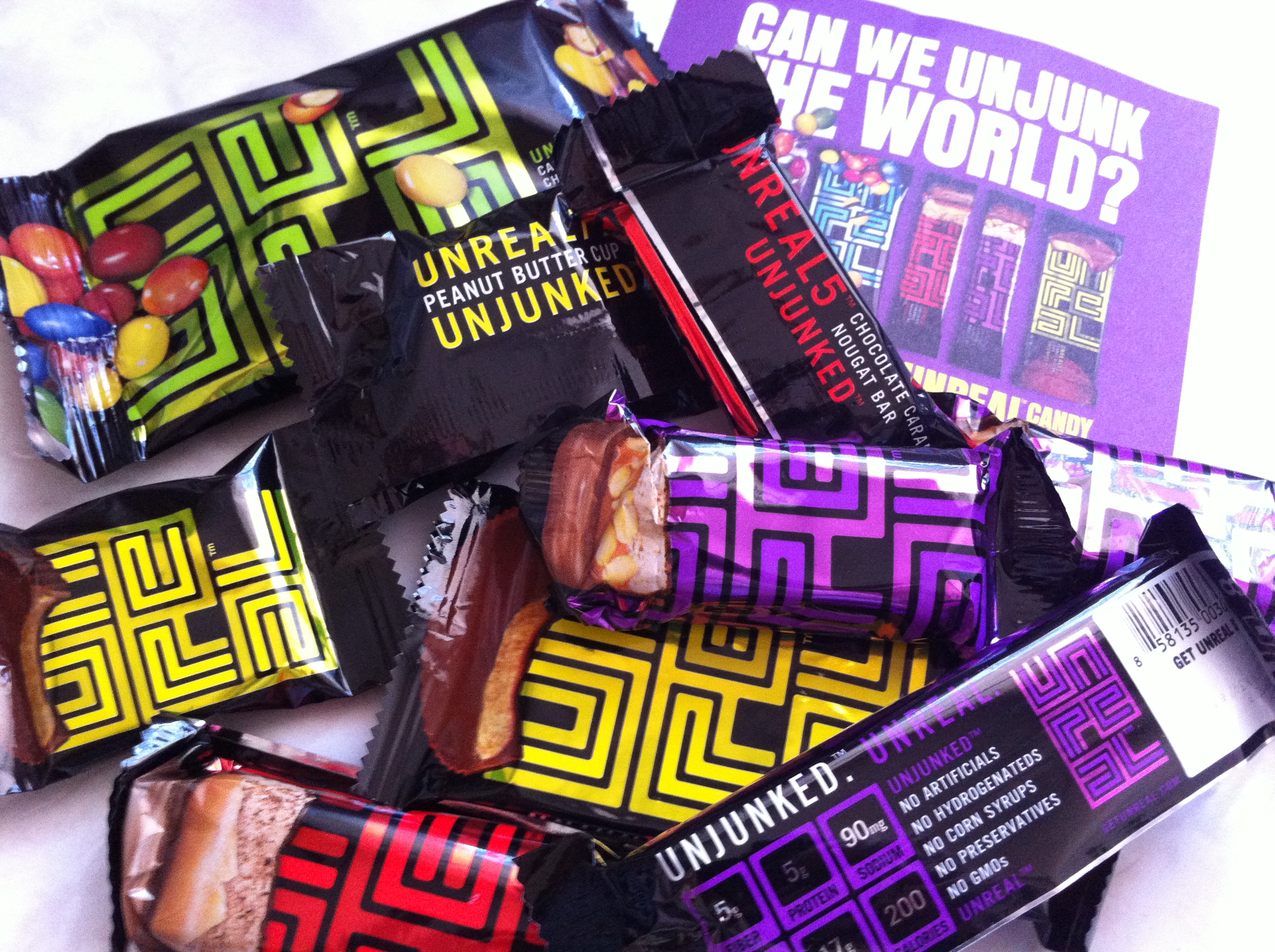 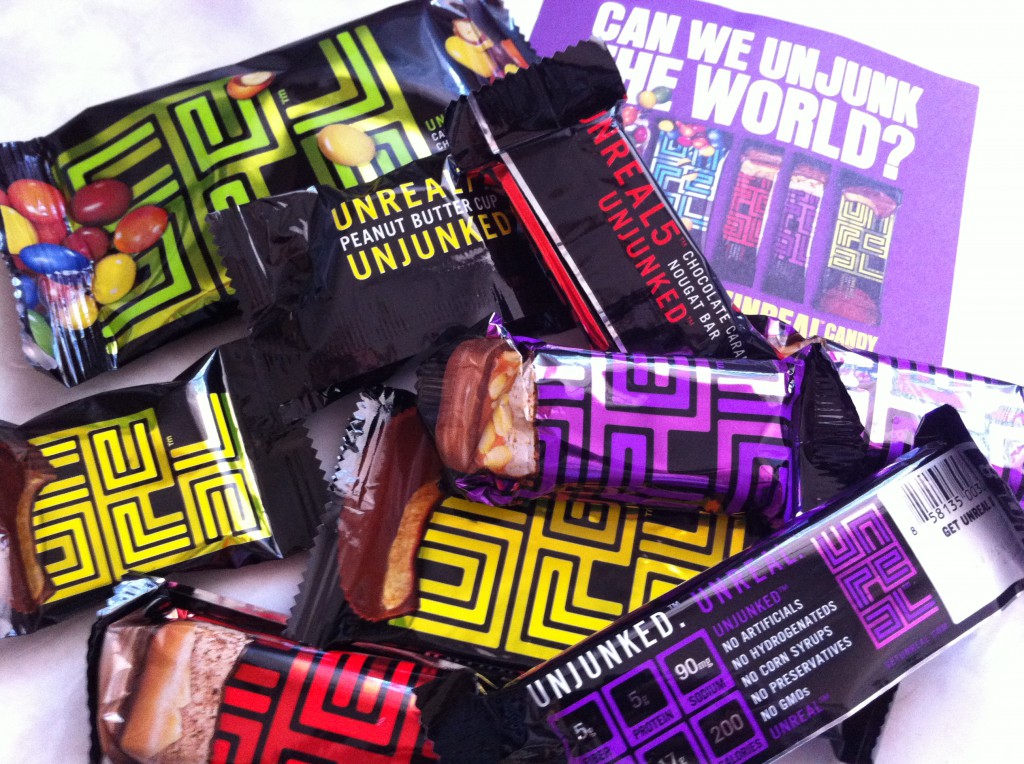 Last night, a couple of girlfriends and I got free VIP tickets to StyleFixx at the Cyclorama, which not only included admission in to the event, but also lots of free drinks, nibbles, and swag bags on our way out. Included in the swag bags, as well as handing out samples from a table inside the event itself, were the fine folks from UNREAL Candy, a company I had first heard about in the Boston Phoenix (R.I.P.) this past January, but had not yet been able to try them.

The concept behind their line is simple–make candy bars that taste just like your favorite vending machine finds, but don’t include any of the truly yucky stuff–like hydrogenated oils, corn syrup, and artificial dyes. Basically, no nasties–an excellent policy to implement in both food and dating. They also use 30% less sugar, 60% more protein, and 250% more fiber per serving than all those other brands. Best of all–they taste like REAL chocolate–something that is honestly hard to find in mass-produced, commercial candy bars. And, as if all of that wasn’t enough to seal the deal on how great this company is, they’re based in BOSTON!!

The company was founded last year by Michael Bronner, the force behind powerhouse Boston ad agency Digitas, after his son suggested that there might be a way to make versions of all of his favorite Halloween candies that would potentially make gorging on them a little easier to swallow, so to speak. In addition to cutting out things like GMOs, they use organic ingredients, free-range dairy cows, and traceable cacao beans from Ghana and Ecuador.

The UNREAL line features candies that conjure tastes similar to that of M&Ms, Reese’s, Snickers, and Milky Way. And there’s a reason those tastes are UNREAL–Adam Melonas, an Australian-born chef, left a cushy position at a Michelin-starred bistro in Madrid to move here and help develop the recipes for UNREAL.

They’ve really hit the ground running, with retailers like CVS, Staples, and Target carrying the line. The brand has even got some Boston-elite–namely Tom Brady, Giselle Bundchen, and Matt Damon vouching for them.

With their ultimate goal being to “unjunk junk food,” I’d say this company is one to watch!