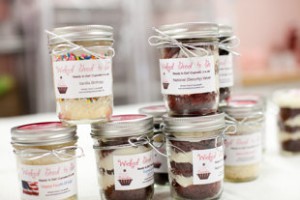 Tomorrow, May 1st, Wicked Good Cupcakes opens its second location, its first in Boston, in an area that receives more yearly visitors than Disney World–Quincy Market! The new addition to the plethora of cupcake shops that already inhabit the Hub brings with it their own creative spin and a bit of buzz thanks to a recent appearance on primetime.

Last Friday night, Tracey Noonan and Dani Desroches, the mother daughter team and co-owners of the Wicked Good Cupcakes  appeared on ABC’s “Shark Tank” and got the alias “Mr. Wonderful,” Kevin O’Leary, to invest $75,000 in their little business based out of Cohasset, MA. Though, this was not the first time the company has made waves. In early 2012, “Cupcakegate” created a national commotion, after a woman got stopped by TSA while trying to take her cupcake in a jar through airport security. The resulting press helped increase sales on this clever company’s take on cupcakes, which puts layers on frosting and cake inside mason jars that can last up to 10 days without refrigeration. 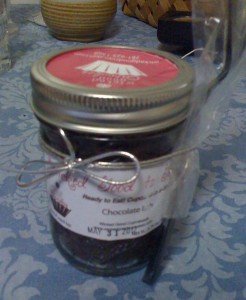 I first became familiar with the cupcakes shortly after the news broke, as they sent cupcakes in a jar to be included with the Cupcake Crawl, so I got to try a couple of their flavors, including the Chocolate Lab, and the ever-so-aptly renamed National (Security) Velvet. Both were very moist and chocolatey, frosting was not too sweet, and both layers were in excellent proportion to each other. Fun and yummy!