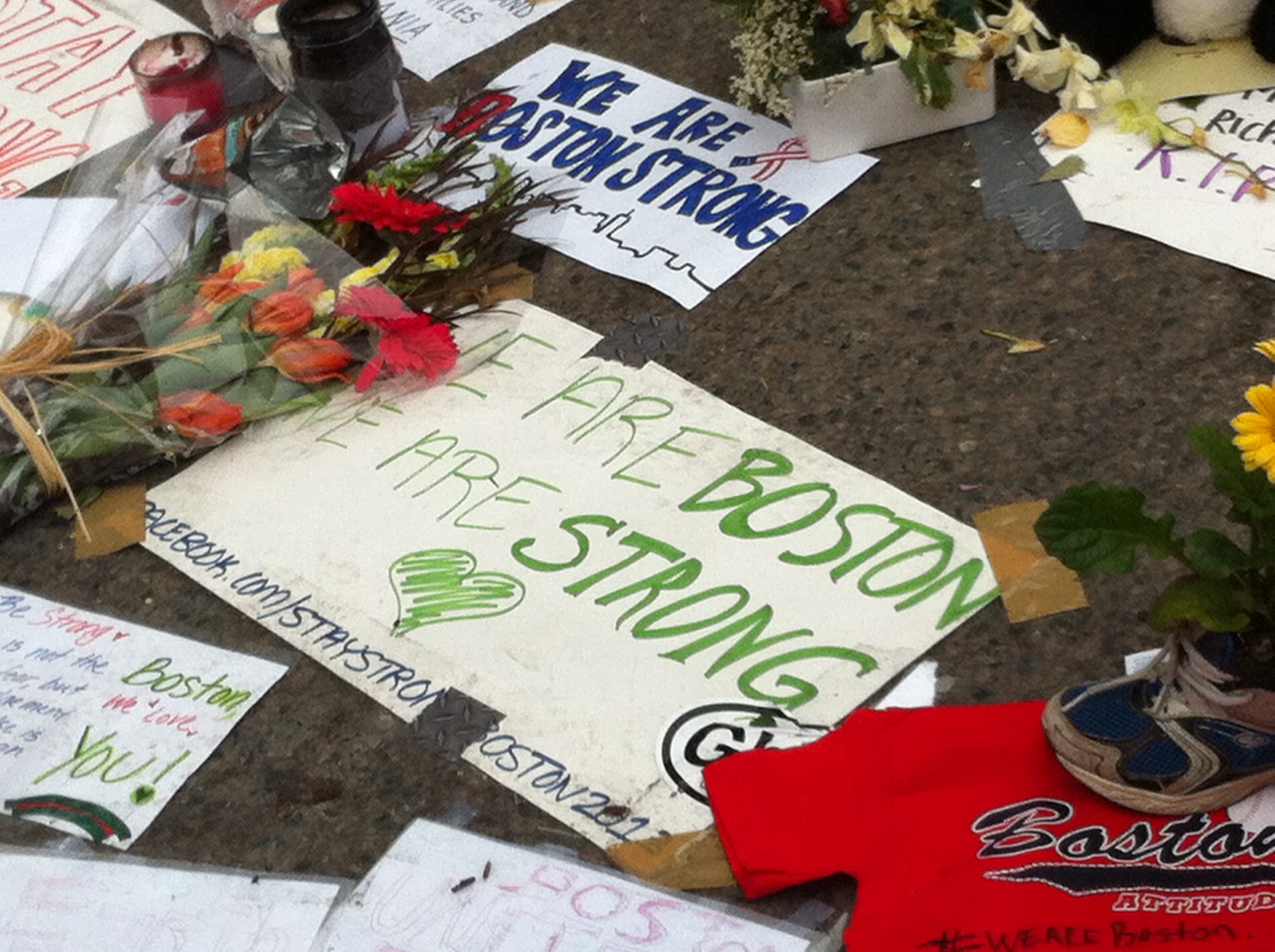 Listen my children and you shall hear

A story of heroes in an unlucky year,

On the eighteenth of April, on the Watertown side;

Shots rang out and thus commenced a wild ride

As authorities asked for vigilance far and wide.

The governor, the mayor, and the feds all requested

That Bostonians stay in their homes till a certain man was arrested,

‘Lock all your doors, close your windows up tight’

While the police search the city now that it is daylight.

With ‘copters in air, and men on the ground;

It surely wouldn’t be long, before the suspect was found.

So as Bostonians awoke and spread the alarm

They stayed safe inside, and away from the harm.

Through the quietness of the streets from Kenmore to Brighton,

Those Bostonians listened well as the search continued right on.

“Don’t open your doors unless you see an officer,”

Said the police chief to the crowds of journalists and reporters.

So the streets remained lonely and spectral and sombre and still.

Knowing that finding the suspect was the people’s will.

You know the rest. In the books future generations will read

How the city of Boston got their wanted man indeed

With citizens from Hopkinton to Wellesley cheering each runner onward.

When the bombs rang out, and before the dust cleared

Boston Patriots filled the streets again without showing any fear.

They all lent a hand, however they could

Knowing that on this day, we all needed the good.

Then later that same week, we saw the bad guy get caught

And cheers for those in uniform rang down the streets after the battle they fought.

So through the night and the day in the streets of Beantown,

And to all who listened well to the cry of alarm

To everyone who waited till they knew he was disarmed,

A cry of defiance, our unending song,

A voice in the darkness, a knock at the door,

And a rally cry that shall echo for evermore!

For, borne on the night that Paul Revere rode,

And the very next day when Bostonians shut up their homes,

In the hour of darkness and peril and need,

The people will waken and listen out long

As Boston Patriots far and near remember our creed

And the time that proved we are forever Boston Strong.