Home/Boston You’re My Home
Previous Next 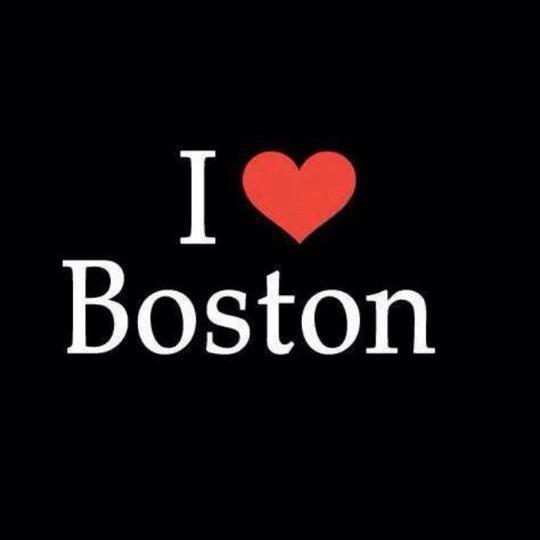 Boston is many things to many people. For some, it is the epicenter of a tremendous sports culture, the mecca for superfans and championship parade-goers. For some it is an iconic center of history, bearing witness to important events that helped shape our entire nation. For others it might be a place where they received treatment at a top hospital; the setting for their favorite TV show; the location of their favorite museum, orchestra, ballet. For many of us, it is the place where we came to grow into the people we are today, at institutions of higher learning that gave us more knowledge and wisdom than could possibly be contained in all the books in all the libraries all over this great town. I fell in love when I came to Boston–a deeper love than I have ever experienced with a place before. Moving to Boston after graduation was never a question to me, it was a need. The experiences I had as a college student in the city were things that created a desire within me to become something I had never been before–an explorer and adventurer.

I first came to Boston to live here in the fall of 2002, as an eager but timid college student. The first Boston zip code I ever got to use as my own address was 02115, on a street known simply as “The Fenway.”  Spending those four years in the shadow of that great ballpark allowed me to see some of the best of what Boston had to offer. A tireless, fiery spirit. An enduring legacy of fighting against all odds. A deep faith in the ability of its people to pull together in any situation. It exhibited itself in many ways. Whether it was the sorrowful aftermath of September 11th, when planes that left Logan Airport were used as weapons to murder thousands of innocent lives in New York, or with the joyous relief of breaking “The Curse” in 2004 when the Red Sox brought home their first World Series trophy in 86 years.

The people of Boston, be they the native-born Beantowners who drop their “Rs” every chance they get, or the transient students and young professionals who can mark their years spent here on a single hand, or those like me, who were born someplace else, but find their way to Boston, and never ever look back, are all of the same spirit while they are enfolded in the Hub’s warm embrace. We might not seem like the friendliest–hey, those winters are HAHD! We might not be the best dressers (thanks GQ, for that). And we might even drink a little too much sometimes (“sometimes” meaning every weekend and almost all weekdays–hey, there are a LAHT of BAHS around heeyah!). But at it’s best, Boston is beautiful. Boston is strong. Boston is enduring. Boston is tough. Boston is my home.

In the time I have spent here, Boston has given me many gifts in the form of friends, a career, and experiences that I daresay any person would count themselves lucky to call their own. I’ve met Mayor Mumbles, and Teddy Kennedy before he passed, and appeared in movies filmed in my city’s backyard. I’ve seen brilliant orchestral performances set against stunning city landscapes, and partied hard with friends in clubs and on rooftops and on ships as they’ve sailed the same harbor that a small group of colonial patriots threw chests of tea into in protest of what they felt was unjust. I’ve ridden swan boats in the Public Garden, and Duck Boats down the Charles, and seen fireworks from the rooftop of a house in Beacon Hill that at one time was in the same neighborhood as Louisa May Alcott. I’ve had my photo appear in local publications, and walked a runway at Boston Fashion Week. I’ve met chefs who have studied around the world and won awards for the same cuisine they’ve made for me for dinner. I heard Bruce Springsteen give the first concert in 30 years at Fenway Park while lying in bed next to the open window in my dorm room. I’ve been to championship parades for every major sporting event–baseball, football, basketball, and hockey–and I’m  not even a sports fan! Most importantly, on Monday, as I had, so many Marathon Mondays before, I cheered on countless runners from Australia, Korea, Brazil, Mexico, Italy, France, Belgium, Germany, and others, as well as others running in dedication of lost or sick loved ones, injured soldiers running in prosthetic limbs, guide runners helping blind runners, and more, here to share in the joy that surrounds this event. An event that Boston has supported for years not only in structure, but in love and spirit. On Marathon Monday, our Patriots’ Day, Bostonians come out to show that love to EVERYONE regardless of where they are from or what they look like. No cowardly act of violence can take away the inherent love Boston has to give. It’s that love that keeps this great city alive, and it is what allows me to have faith in the fact that we will get through this.

I have a t-shirt, that I bought at the last parade I went to, when the Bruins won in 2011, that reads, very simply across the chest: