Last week, while taking my car out for an oil change, I went a-walking along the BU area of Commonwealth Avenue to see what I could see. I happened upon a spot that I had heard of before, but never had the opportunity to properly explore, and since I had time to kill, I figured it was about time to fully check it out. 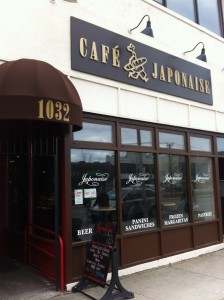 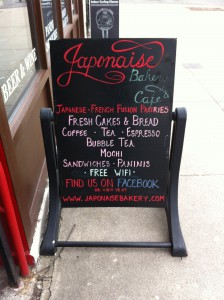 Cafe Japonaise is a rather unique bakeshop, as it truly is a situation where somehow, east and west have not only been able to find the time to meet, but they’ve made enough time to sit down and have pastries. The baby of Hiroko Sakan, a self-taught pastry chef, who’s earned praise from the likes of Ming Tsai, the Boston Globe, and The Food Network, her creations are crafted in the French pâtisserie arts, but given a Japanese twist in honor of her heritage.

Upon entering the dimly lit shop after lunchtime on a Thursday afternoon, I was disappointed to find a very limited selection of pastries, but as the shop was not busy, I was greeted and helped right away, which was nice. I of course, was on the lookout for all things chocolate, and settled somewhat quickly on two items in particular. The first was a chocolate horn, which is made of sweet bread filled with chocolate custard cream and dipped in Belgium chocolate. The second item was something they call a sweetheart, which was a cute little light chocolate espresso mousse on a single layer of chocolate genoise, topped with chocolate shavings. Though I didn’t eat anything while I was there, I decided to take both items home to enjoy later, I can say that I did enjoy both items very much.

The chocolate mousse was beautiful to look at, and the espresso taste added such a richness to the chocolate, which had a very airy and light texture. The chocolate horn was a delicious contrast between the sweet and slightly savory bread against the super smooth and creamy chocolate custard inside. I would definitely go back for either. 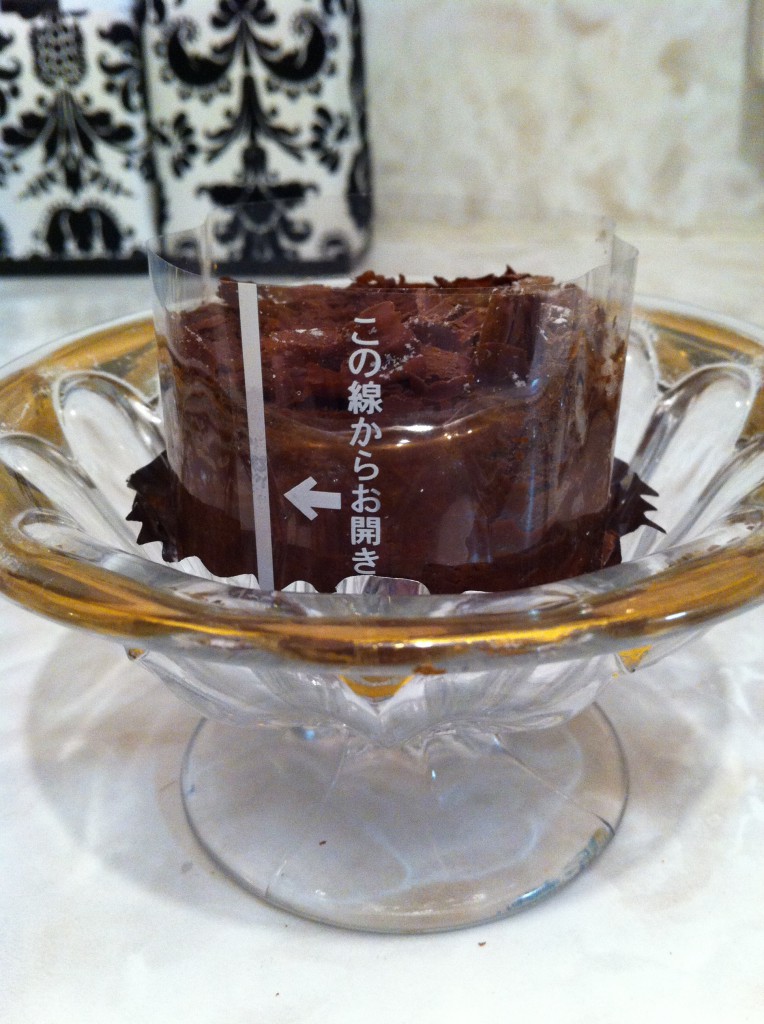 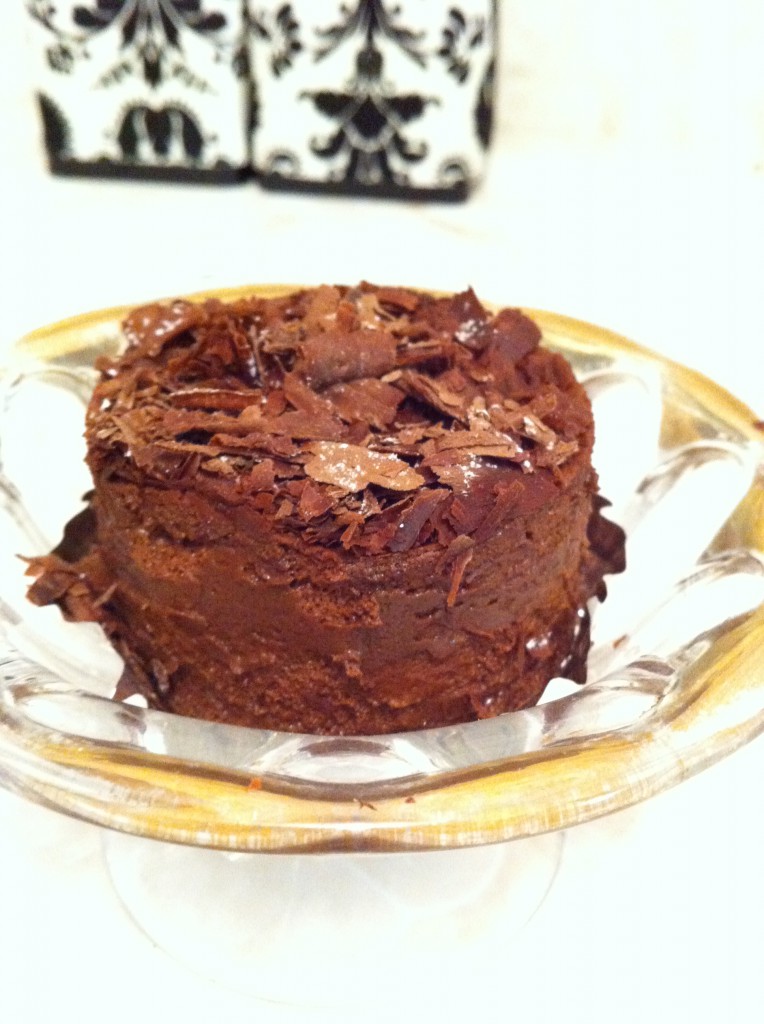 As I was eating the chocolate horn, I was reminded of a cooking show I was on Youtube on occasion that teaches people how to make traditional Japanese dishes. It’s called “Cooking with Dog”–as in, there is a dog that hosts the show, not the more unsavory implication! One of the episodes does in fact show you how to make something similar to the chocolate horn, called a chocolate cornet. Check out the video here, it’s very cute and interesting! 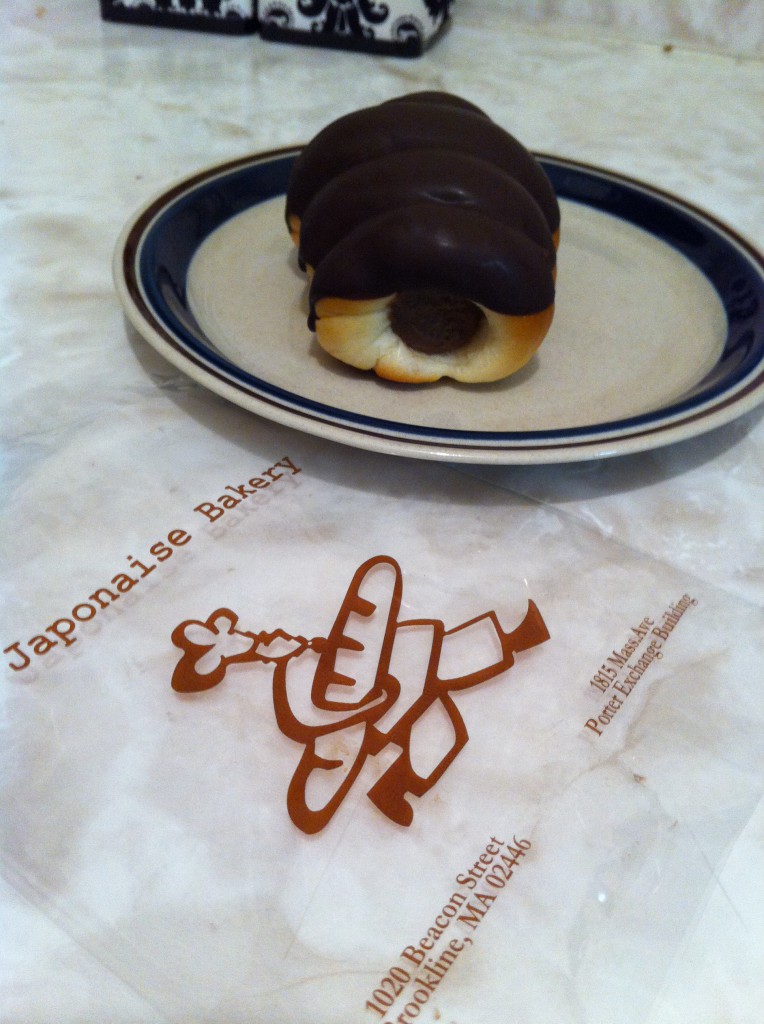 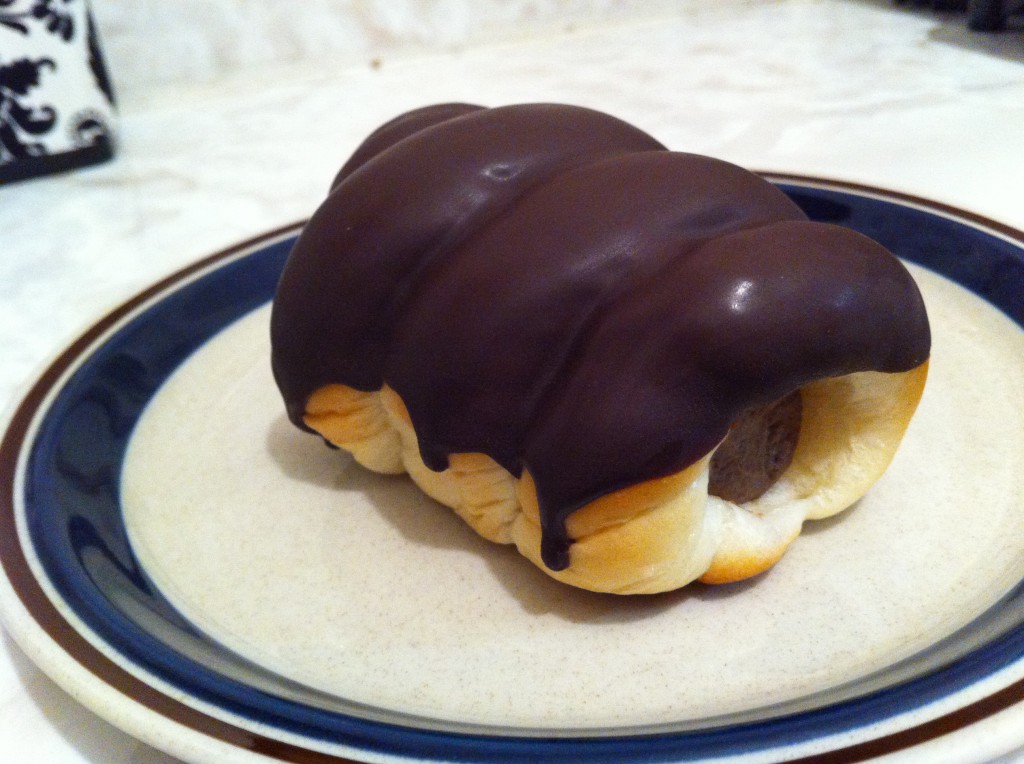 While they do have chocolate croissants listed on the menu at Cafe Japonaise, unfortunately they did not have any in the cafe when I was there. Perhaps I will head over to the Brookline location next time!

Cafe Japonaise has locations on Commonwealth Avenue near BU, on Beacon Street in Brookline, and on Massachusetts Avenue in Cambridge.