Home/Chocolate Postcards on Display at the MFA
Previous Next

Sometimes chocolate adventures don’t actually involve eating chocolate–(I know, you think I’m crazy with that statement, but wait). Since chocolate, as a food, dates all the way back to the Mayans and the Aztecs, there is a lot of history surrounding the food, which has, at times, played a significant role in everything from medicine to the arts to fashion to pop culture. A few weeks ago, I took a visit to the Museum of Fine Arts, one of my absolute favorite places in all of Boston. The MFA happens to be just down the street from my alma mater, and was a place I came to visit frequently during my college years. One of the current special exhibits at the MFA is a display called “The Postcard Age” featuring over 400 postcards, which is just portion of a collection by the Leonard A. Lauder Postcard Archive. The exhibit opened in October and will remain on display until April 14, 2013.

I happen to be a collector of postcards, going all the way back to my elementary school years. When friends and classmates would travel somewhere with their family during the summer and would send me a postcard, I put them into a scrapbook I bound myself at an art class. Ever since then, I have always held onto postcards from friends, particularly requesting those that travel to faraway places to keep my address in mind. I currently have in my collection international postcards from Japan, Italy, Austria, Slovakia, Quatar, England, Ireland, Israel, New Zealand, Chile, the Bahamas, France, Slovakia, Latvia, Lithuania, Iceland, Canada, Bermuda, Estonia, Croatia, Bosnia and Herzegovina, Ukraine, Montenegro, Peru, Ecuador, Poland, the Netherlands, and Laos! I was very interested to see the variety of postcards on display at the MFA, and found it so very interesting to see how they were grouped according to design, political commentary, time period, cultural influences, etc. As it turns out, postcards actually have quite a lot to say despite the small amount of space.

Among the different categories, there were a variety that featured advertisements, and, not surprisingly, some of the products that were featured were chocolate items!

These Talmone chocolate postcards were designed by Franz Laskoff around 1901. The Polish designer worked in Italy primarily and created the designs for these color lithographs for the Officine Grafiche Ricordi & Company in Milan. This company had started out as a music publisher in the late 1890s before branching out into printing posters, postcards, and catalogues. As a result, the company worked as an early form of an advertising agency, essentially. 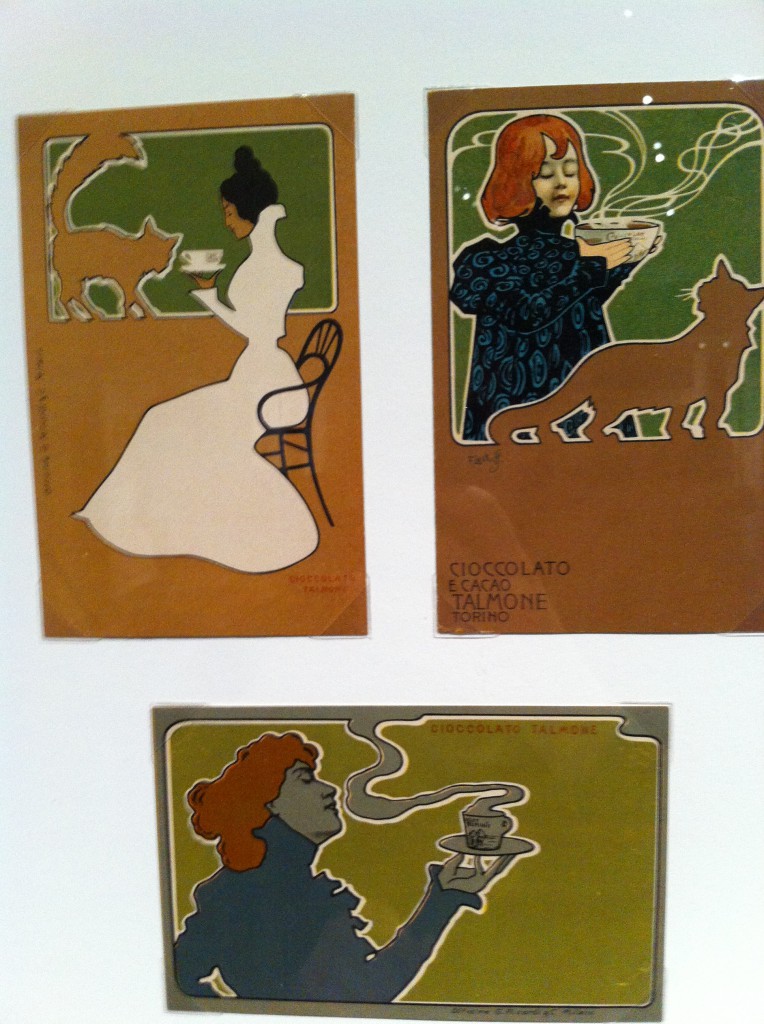 Suchard Chocolate was a Swiss-based company started by industrialist Philippe Suchard in 1826. Despite being based out of Serrières, Switzerland, the company realized the appeal of being associated with a cosmopolitan city such as Paris, and attempted to cash in it’s cache through these images (below). The color lithographs were published by the company as advertisements for the brand, and were issued during the great Universal Expositions of 1889 and 1900 in Paris. During that time, postal rules required that the address be written alone on one side of the card. In this case, Suchard attempted to maximize their advertising space by including small images of their chocolates on the back. Today the Suchard Chocolate company is owned by Kraft Foods, and is most well known for the very popular Milka chocolate line. 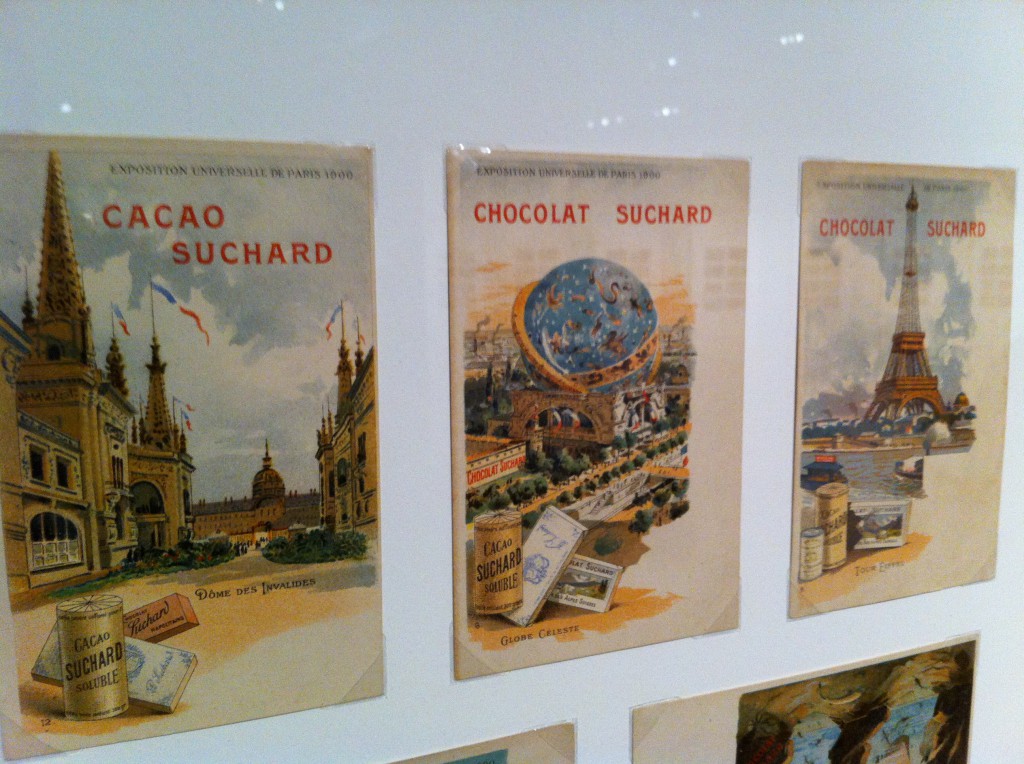