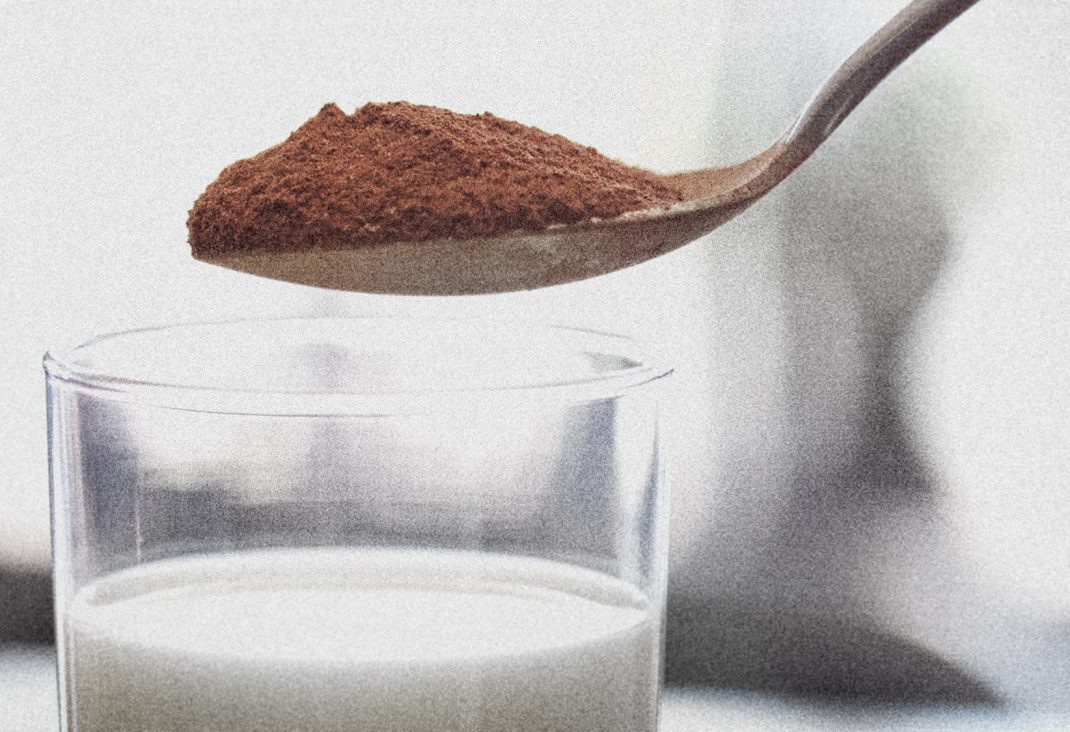 In the world of chocolate, so much of the products widely available to consumers are produced by a very small group of companies, who have cornered the market in terms of market share. As consumers continue to become educated on cocoa sourcing and what goes into quality chocolate products, many are finding themselves looking for new options for all their chocolate craving needs.

Cocoa Metro, a tiny chocolate beverage company that started in 2009 in Newton, Massachusetts, by then graduate school students Mike and Lizzy Dunford, has finally found a solution for those adult chocoholics looking for something a bit more advanced for their more mature palettes. Mike grew up drinking copious amounts of Nestle’s sweet chocolate powder and attributes his current career as the “Chief Chocolate Drinker” at Cocoa Metro to his early addiction to the chocolatey beverage. He claims he grew up on “that stuff”, but now he’s looking to satisfy cravings with a bit more nuance. “When I was a kid, the sweet stuff was enough for me to be satisfied. Now I look for more interest in what I eat and drink. I try to take a little more time to enjoy the experience. This Belgian chocolate mix is all about the great depth of flavors that are only found in really well-crafted chocolate.”

“In general, Massachusetts was the ideal place to launch a specialty food item,” says Mike. “Even 10 years ago, there was strong interest among Bostonians in the origin of their foods. People want to know where their food is made, where the ingredients are from, and generally search out more natural options. Cocoa Metro’s story of better chocolate and fewer, more premium ingredients was a perfect match. Boston was also churning with its own bean-to-bar chocolate fervor with companies like Taza that launched just down the road from us at about the same time we made our start. There was, and is, an interest in specialty chocolate and premium chocolate that the standard grocery store fare doesn’t satisfy.”

Cocoa Metro’s powder product has a total of four ingredients, versus Nesquik’s 15. Unlike the company’s existing Belgian hot chocolate drink mix, this new instant Belgian chocolate powder easily stirs into cold milk or any of the widely marketed milk alternatives.

Besides quality, the idea of creating competition in stagnant categories while also providing new solutions to old problems that spurred on Cocoa Metro’s success.

“I attended Babson College and earned my MBA while starting Cocoa Metro,” says Mike. “Babson is a very entrepreneurial-focused school. They encouraged me to start a business while still completing course work. I had a professor that took interest in what my wife and I were doing with the Belgian chocolate milk. The professor was very helpful in providing advice and was even an early investor in the business.”

Whole Foods Market in Newton was one of the first retailers to begin selling their dark chocolate milk followed by others in the natural grocery chain’s North East region. Within months, several Whole Foods Market regions on the East coast picked up the brand and soon trucks were moving the chocolate gold across the country. 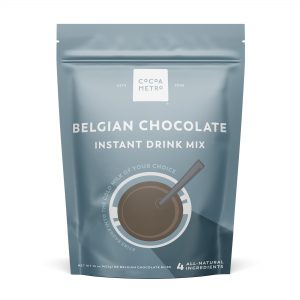 Nowadays, to answer the call to create a more sophisticated, grown-up version of a quick-made chocolate drink, Cocoa Metro decided to launch their newest product through Kickstarter, an online crowdfunding platform. Supporters of the idea can visit the Kickstarter website (https://www.kickstarter.com/projects/cocoametro/belgian-chocolate-instant-drink-mix) and pledge money to the project and receive rewards based on their level of contribution. The campaign is all or nothing. If they don’t succeed in raising the total amount of their goal by March 20th, they don’t get anything and the backers are not charged. They hope to raise enough funding to get their new chocolate powder into production by April of 2020.