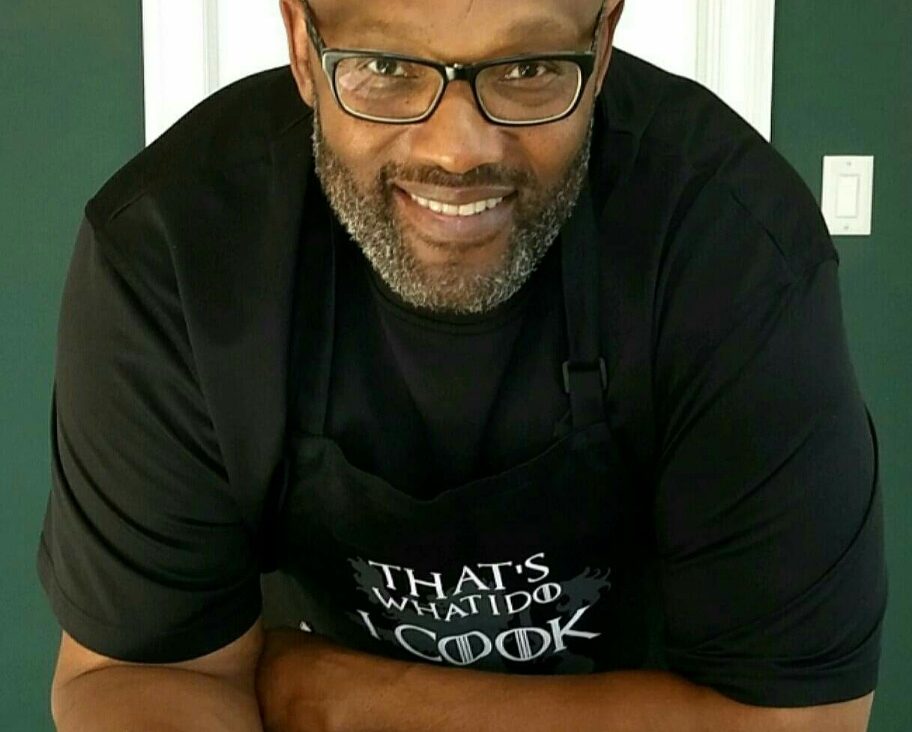 Many chocolate makers and chocolatiers find their way to the world of chocolate through very different means. Prior career paths can include everything from financial analysts, teachers, doctors, environmental scientists, and sometimes even former professional football players. At least that’s the story for Darryl Haley, who was an offensive lineman for the New England Patriots in the early to mid 80s, and now runs his own bed and breakfast in northern Virginia, where he also is a prolific baker and self-taught chocolatier. 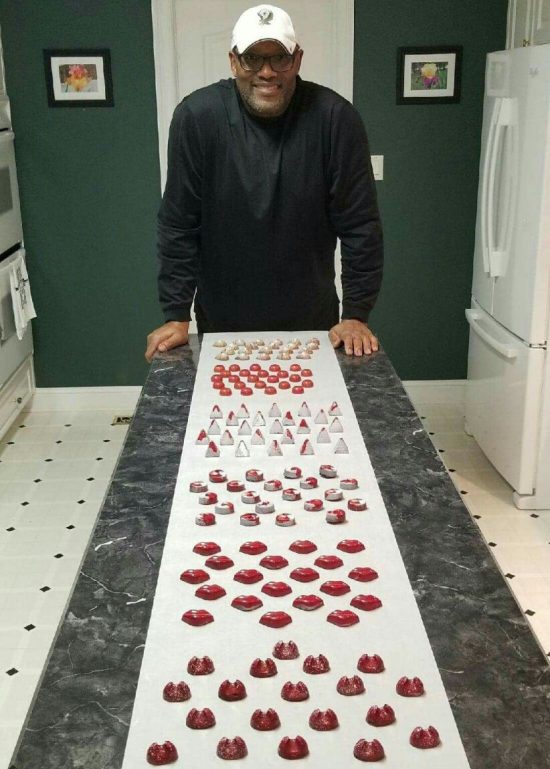 Describe your journey to becoming a chocolatier.  How did you first become interested in the process?

Growing up in South Central Los Angeles, the career of a chocolatier was not an everyday encounter, so my journey is probably a little off the beaten path.  As a young person, I always had chocolate bars in my back pocket, which would melt while at baseball or football practice.  I would put them in the freezer when I got home to make them hard again.  I had no idea that was called tempering and molding.  Then, I began to source chocolate candy that could stand up to the vigorous activities of sports!  Tootsie Rolls won, laughing! 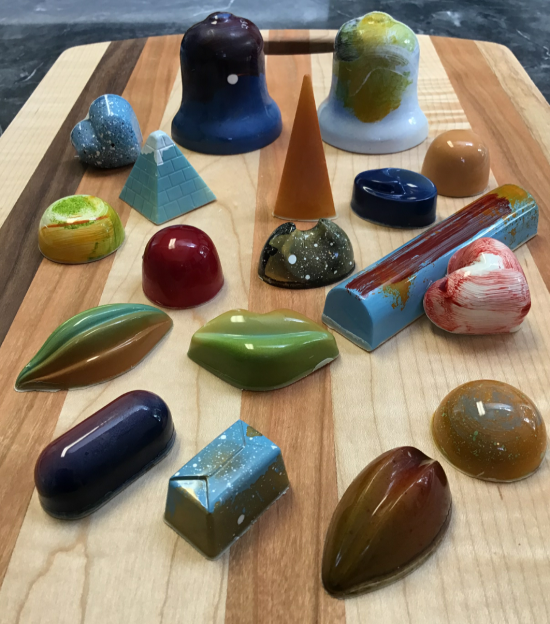 The science of chocolate is fascinating to me. Where the beans come from, the people who grow the beans, the process of the harvest, geographical locations of cocoa plantations…chocolate is a world of its own within the world.  A world that loves the essence and everything about chocolate.  Chocolate is the one commodity that can elevate a person’s emotional value.

I am a self-taught chocolatier.  Because I did not go to a class, school, or ask a professional, I approached it as a science experiment.  I wanted to make mistakes.  I wanted to try every possible technique and learn from each thing that went wrong, because I was starting from a clean slate.  It is from completely understanding what I don’t know that I was able to ask the right questions or seek answers. As a result, I discovered that the only limitation is one’s imagination and understanding.

What do you think is the key to making good chocolate?

The key to making good chocolate – is first knowing that there is no such thing as bad chocolate. Chocolate is like art, appreciating them depend on a person’s subjective preferences, tastes, and palate.  I always ask myself, why am I making this chocolate?  I like to understand my objectives by asking: what am I trying to accomplish, where am I sending this chocolate, who’s going to eat it, and can it be duplicated?   These are the questions that need to be answered before any production starts.

With only the greatest respect for professional critics, having a critic tell me ‘what is good chocolate’ is not my goal.  A critic brings experience of the theory, which is based on class and geographical location.  Proper technique, purposeful product, and patience makes good chocolate.

What inspires your chocolate-making, both in flavors and the aesthetic aspect?

When it comes to making chocolate – I’m inspired by my garden. My wife and I grow and hybridize irises and lilies.  We have a huge variety of both.  The colors are rich, deep, bright, blended, and in some cases, many hues of color.  I research the origins of these flowers (regions of the world) and try to understand those regions and the culture, foods and habits, which is great for developing flavors.  When it comes to aesthetics and the presentation of the chocolate, the colors of my garden stimulate my creativity.  That’s where all the beautiful colors of the flowers come into play.  I like using a color or colors that moves your soul to be happy, it makes you smile. The aesthetic color of my chocolate presentation blends with the season of flowers that are blooming, because what’s blooming will usually determine the taste and texture of my chocolates.  The season will bring together the flavor and aesthetics in one beautiful delicious chocolate baked good, bar, or bonbon. 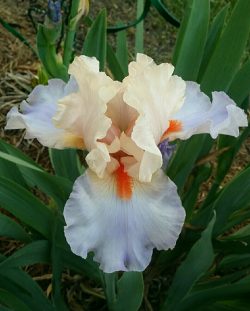 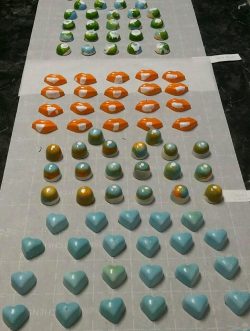 As a former New England Patriot, do you have any fond memories of delicious desserts or sweet treats you got to enjoy while on the team, either around Boston or elsewhere? 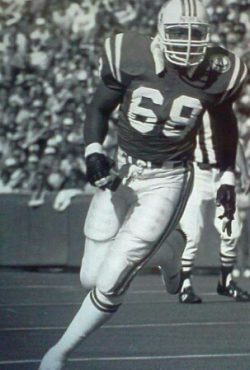 One of my best memories from being with the Patriots was making chocolate chip cookies for my teammates.  My football training definitely helps me to be a better chocolatier. The ability to pay attention to details, thought processing from start to finish, consistently learning, there’s always something to learn from someone and room to grow.  And finally, it’s never about you the individual.  It’s about the whole team that’s involved, “Seed to Consumer.”

Something we ask all our tour guests–what is your favorite chocolate treat or dessert?

My favorite chocolate treat or dessert – To take a slice of my sour cream pound cake, drizzled with a chocolate ganache, scoop of vanilla ice cream, and fresh strawberries. Temper some dark and milk chocolate to make a sphere to go over the top. Then, I light the sphere on fire and let the melting chocolate put the final touches on the strawberries.