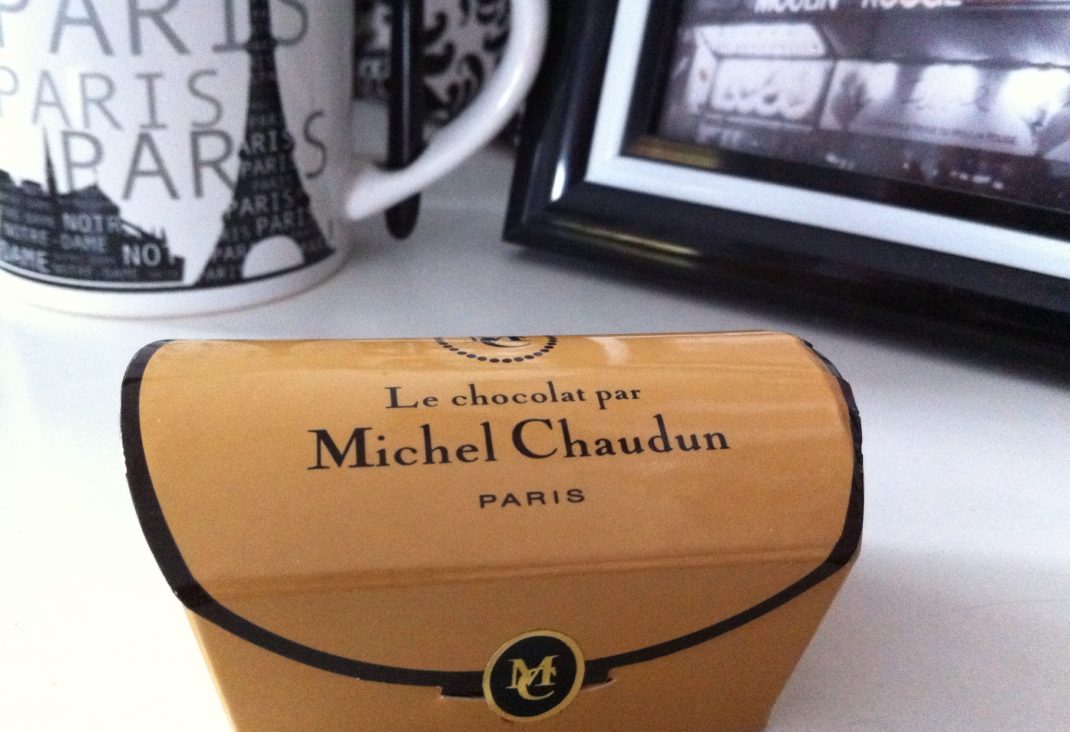 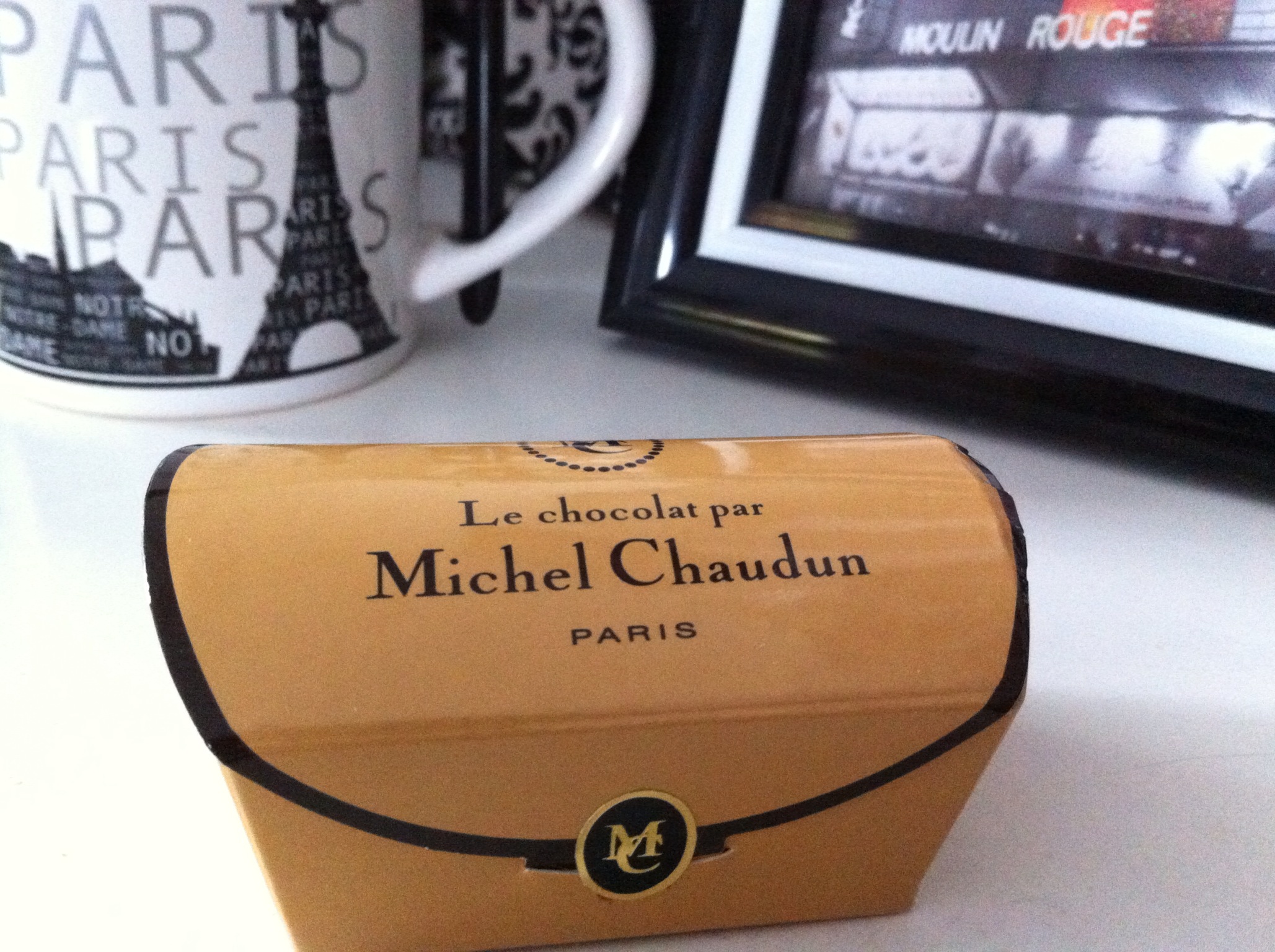 One of the unexpectedly nice things about doing chocolate tours has been the fact that I have been able to make friends with so many kind and thoughtful folks that own or run businesses in Boston. One such person, Martha Fields, the owner of Gracie Finn in the South End, made a very special trip to Paris not too long ago and was very sweet (both literally and figuratively) to bring me back a little treat.

While she was in Paris she rented a flat for a couple weeks with some girlfriends, and spent a lot of time walking around the city, exploring the quaint shops and boutiques that abound that area. One of these shops was Boutique Michel Chaudun, a chocolatier, as it were, who has a shop on rue del’Université in the 7th arrondissement of Paris, as well as a couple of locations in Tokyo (apparently Japan is one of the fastest growing markets for fine chocolates in the world). 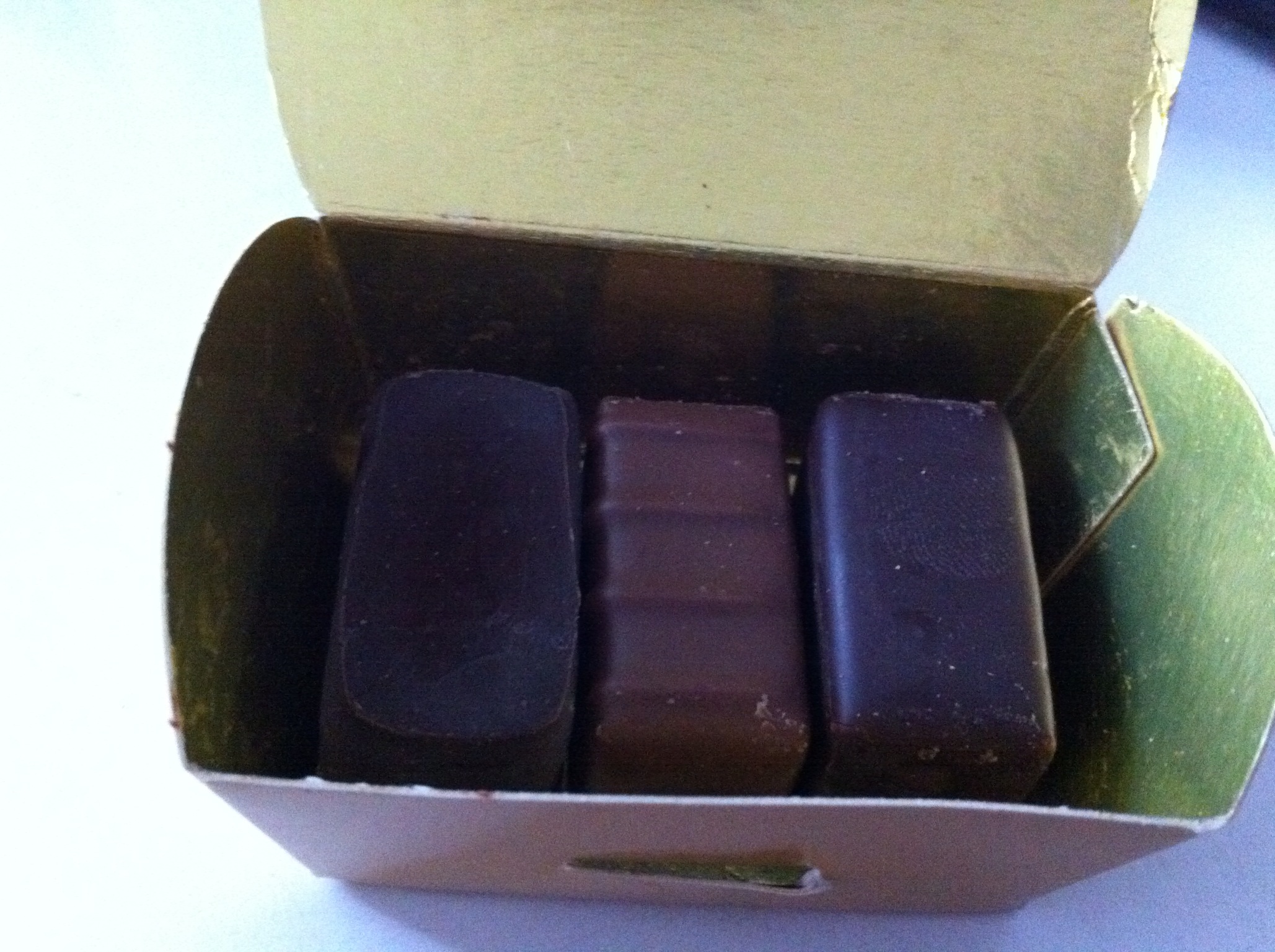 Martha spent some time talking to this rather talented and knowledgable chocolatier, and brought me back a tiny little treasure box which contained three selections of chocolate: one milk praline, one dark praline, and one dark chocolate ganache truffle. They were, of course, delicious, and the presentation of the treats, coupled with the fact that they were from Paris, were on the whole delightful and endearing, and such a lovely surprise.

I must return to Paris. Soon. 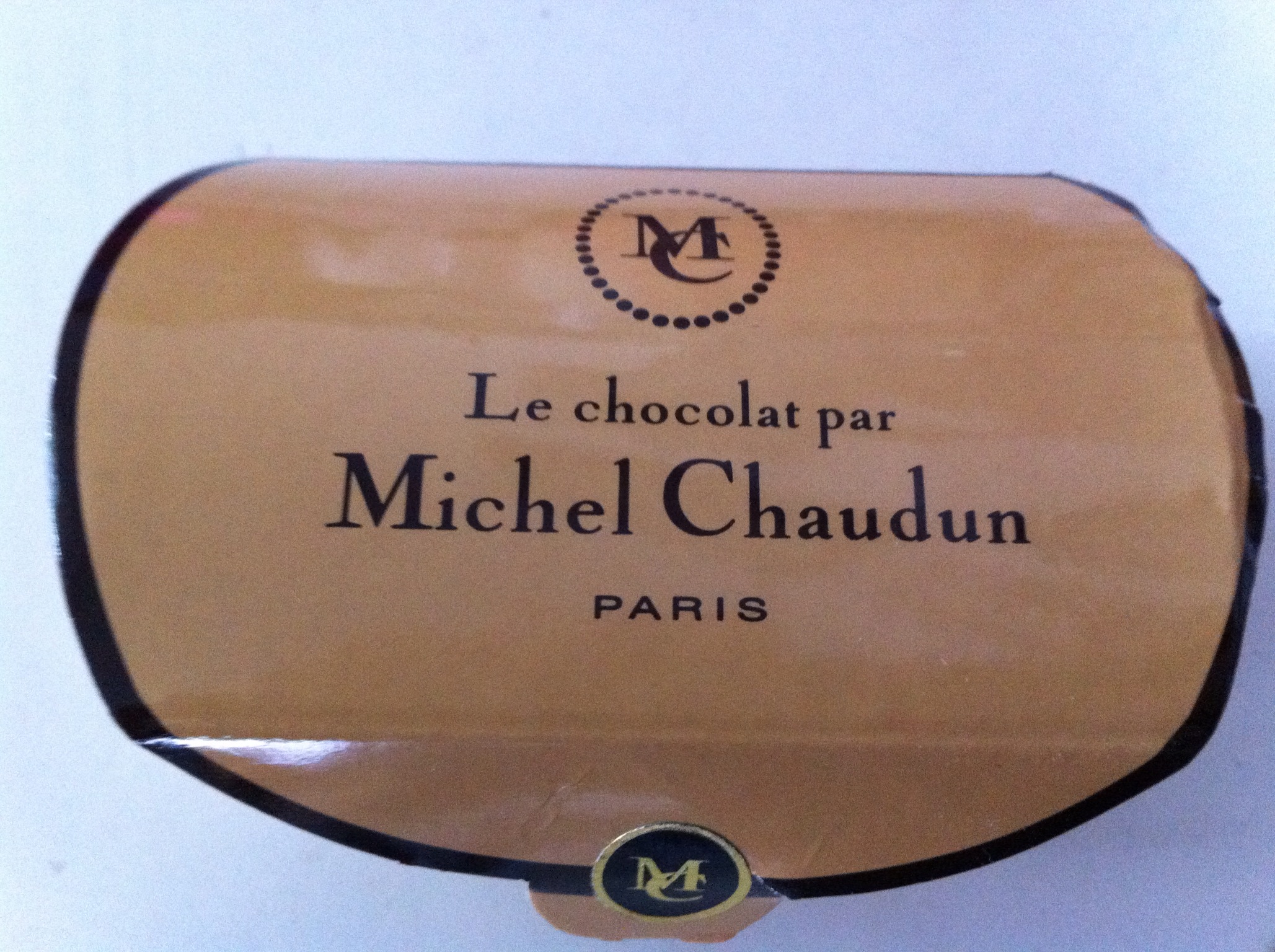