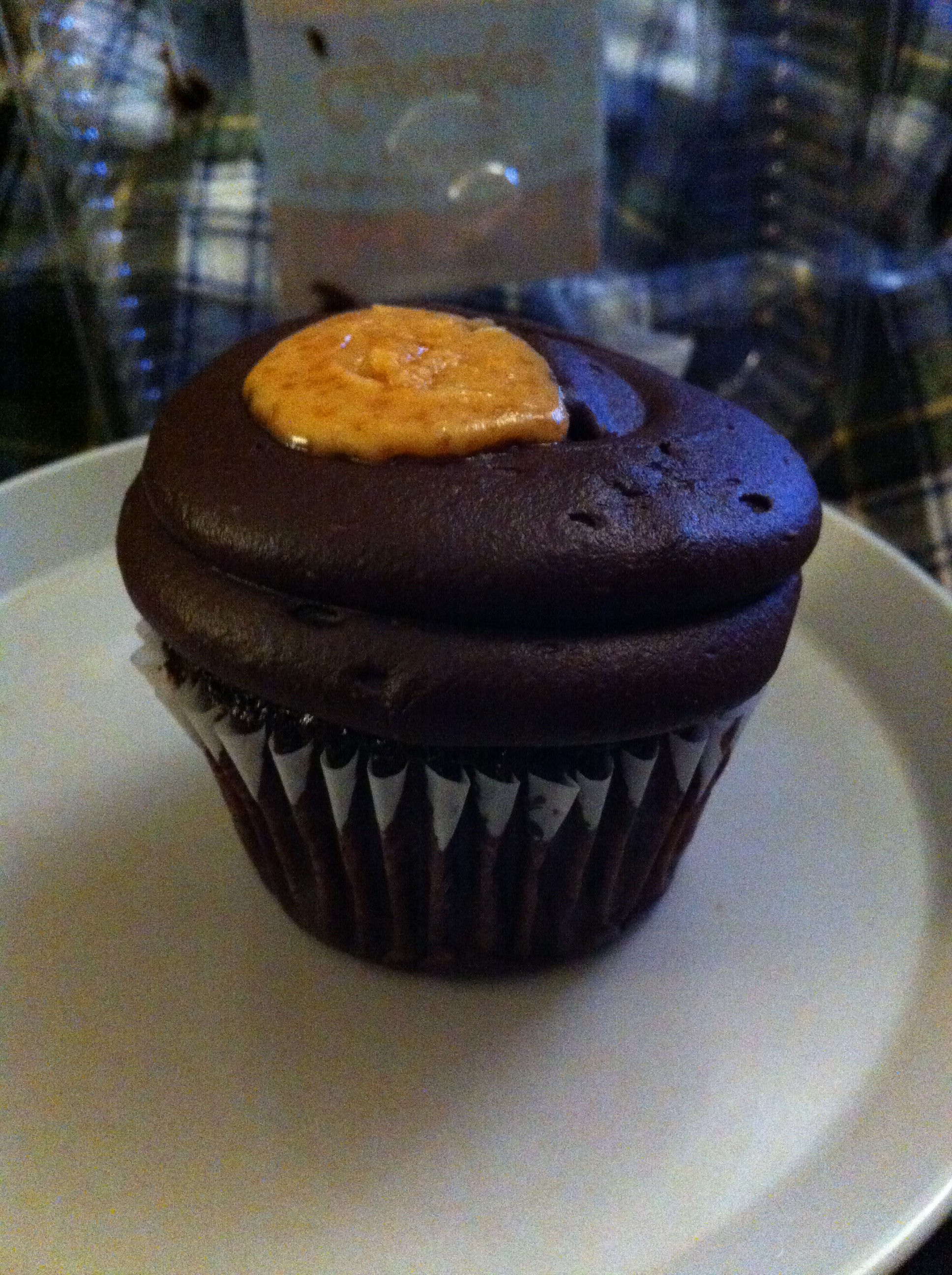 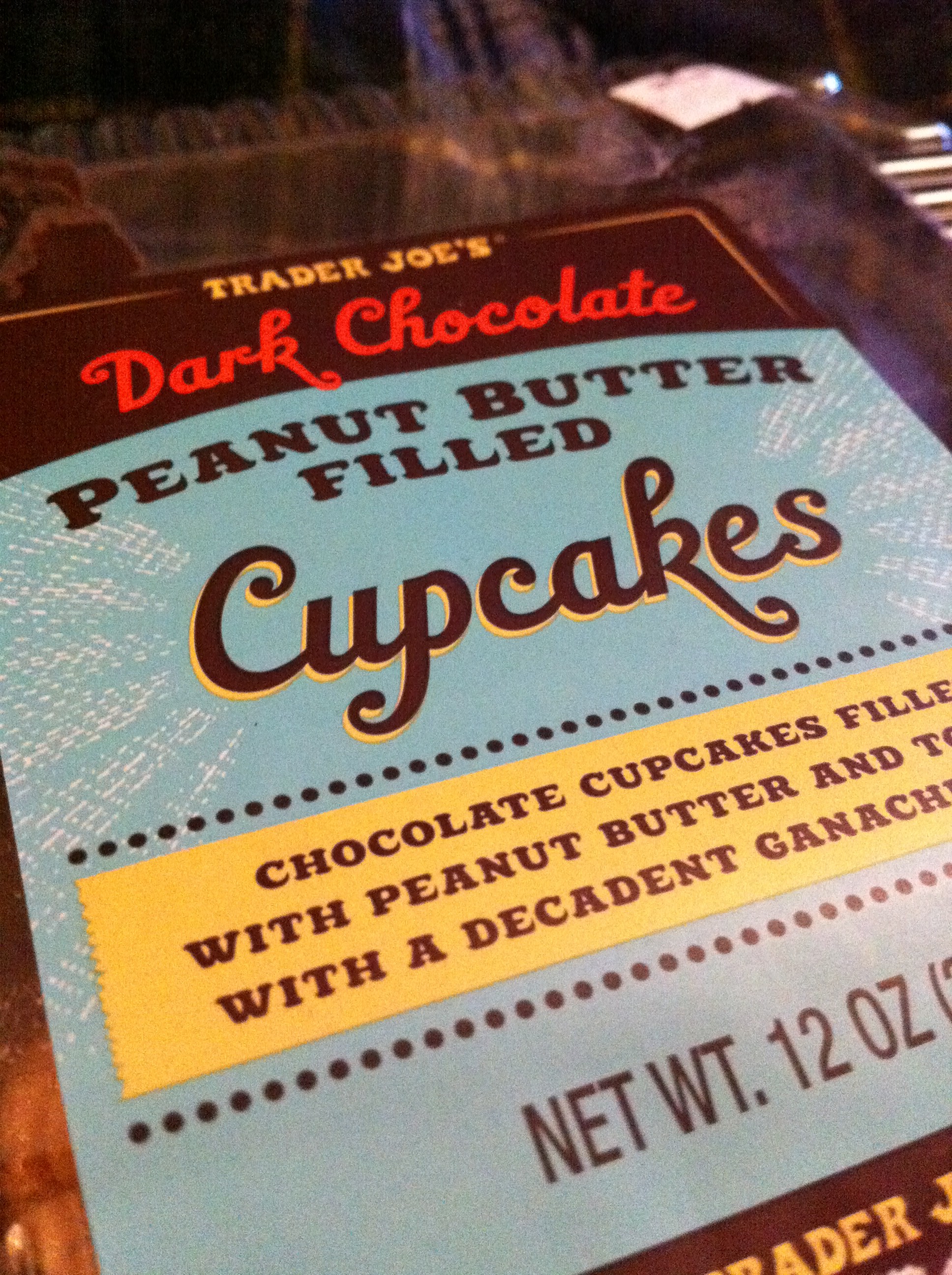 Few concepts in the world unite people as much as the combination of chocolate and peanut butter, at least in this country. While our European chocoholic friends still chortle at our fascination with the salty, sweet, sticky nut butter combined with the “food of the gods,” Americans know what’s up. Slightly more of a secret is what a good spot the kitschy discount grocery store Trader Joe’s is for good chocolate. While an in-depth look at their chocolate line and selection of chocolate bars will have to wait for a different post, this review is specifically about a particular item in their lovely, but limited bakery section– their dark chocolate peanut butter filled cupcakes.

The peanut butter filled was a decent sized dollop right through the middle and peaking out the top, surrounded by a dark chocolate frosting that tasted mostly of cocoa, rather than butter or sugar. The chocolate cake part was dense and not dry, though admittedly not as moist as homemade cupcakes or ones that I have had from some of the better cupcake shops in town.

Best of all, for only $3.99 for a package of four, that works out to only a buck a cupcake. Can’t beat that!

I purchased the cupcakes because they had caught my eye a few times, and I was spending the evening with a friend and we were looking for something sweet to snack on later. Overall, I would say, these were a great sweet tooth fix at a very decent price!

Happy National Chocolate Chip Day! (And Happy Birthday to Me)