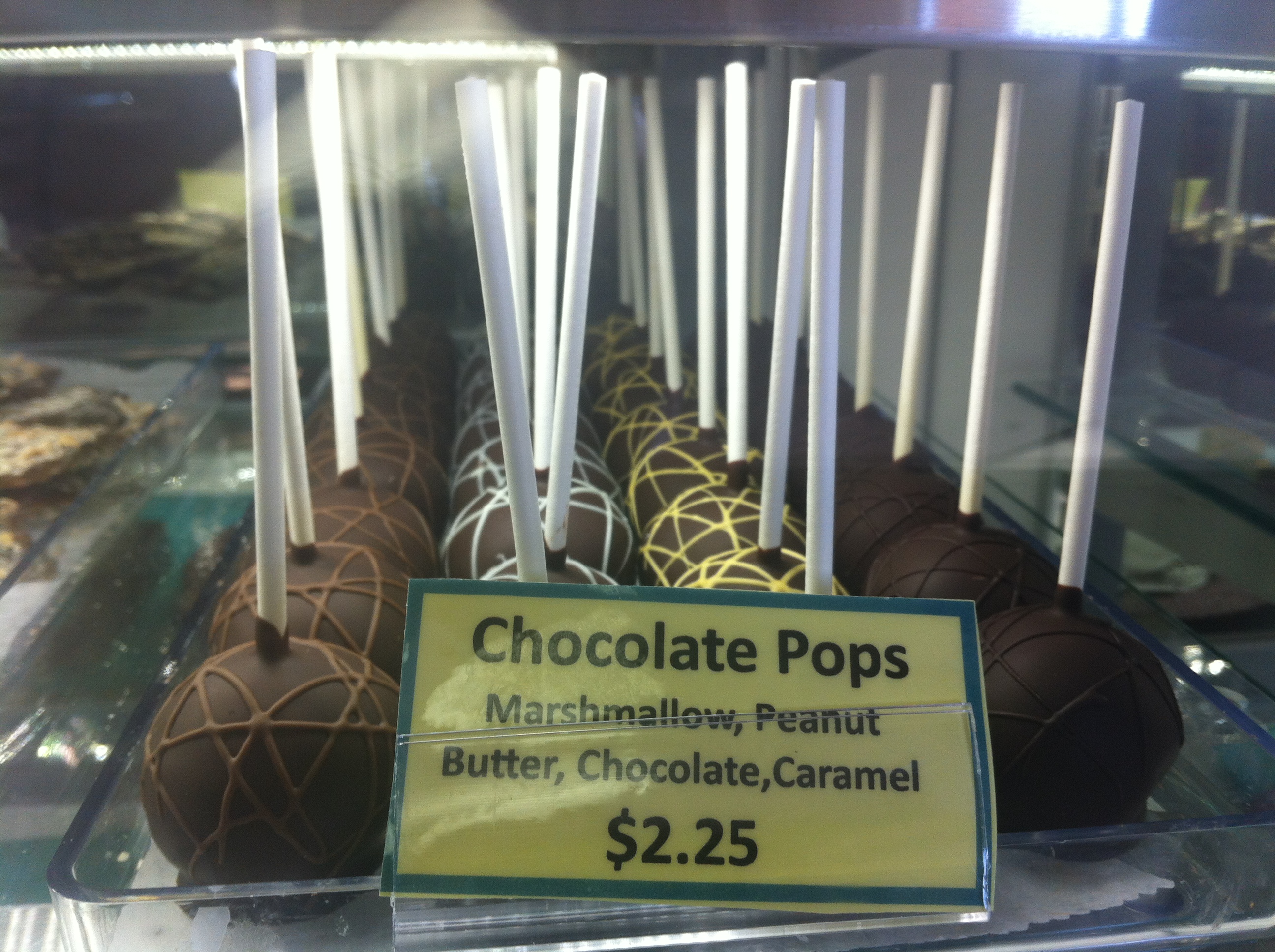 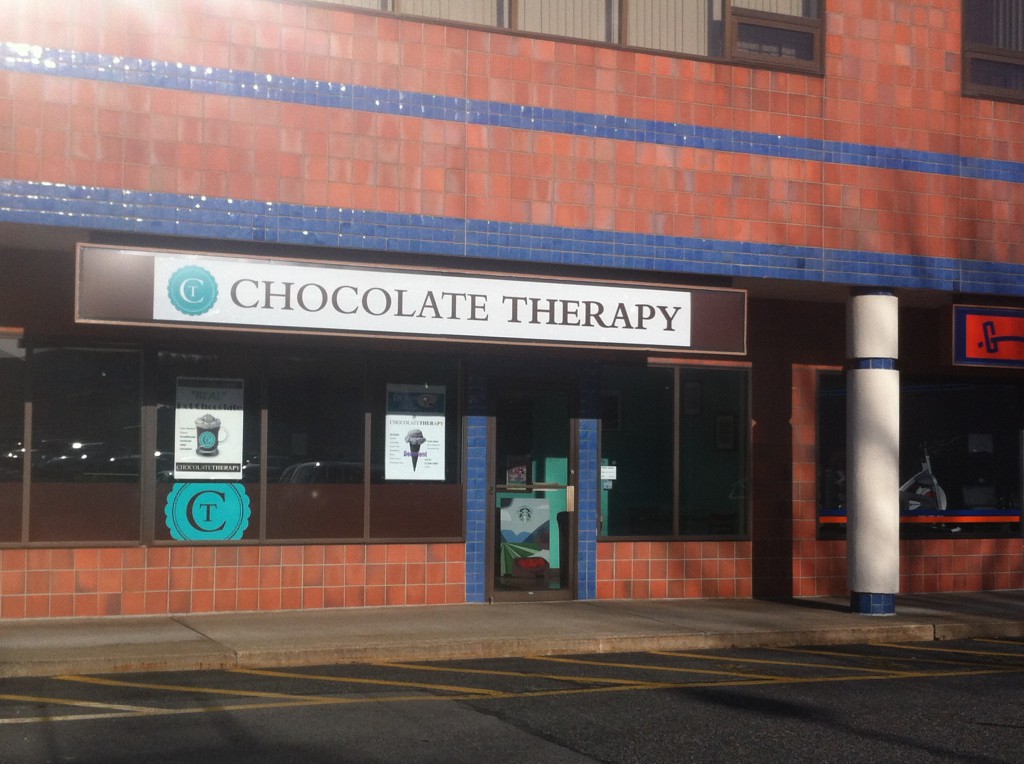 On Monday, I took a ride down route 9 for some retail therapy, and while I was in Framingham, decided it was a good idea to get some Chocolate Therapy in too! I first met Pam Griffin, one of the owners of Chocolate Therapy, when I went to a Smiling Stiletto shoe party out in Legacy Place in Dedham last June. I had heard of the shop before through some of our chocolate tour guests, but since I do not often find myself in that area, had not had a chance to see it for myself. The shop is small, but filled with really creative chocolate truffles made with a variety of healing and healthful ingredients. I was so excited to meet and get to talk to Pam about how the store was doing. She was happy to tell me that business was booming, and that they were interested in opening a second location somewhere. I saw her again later in the summer at the New England Dessert Showcase, and she was able to share with me the exciting news about opening the location in Framingham.

The spot officially opened in December, and is much larger than the first location, as not only does it have room for tables and chairs and an ice cream counter, but they also now have an on-site prep kitchen, and a few party rooms for chocolate making events! 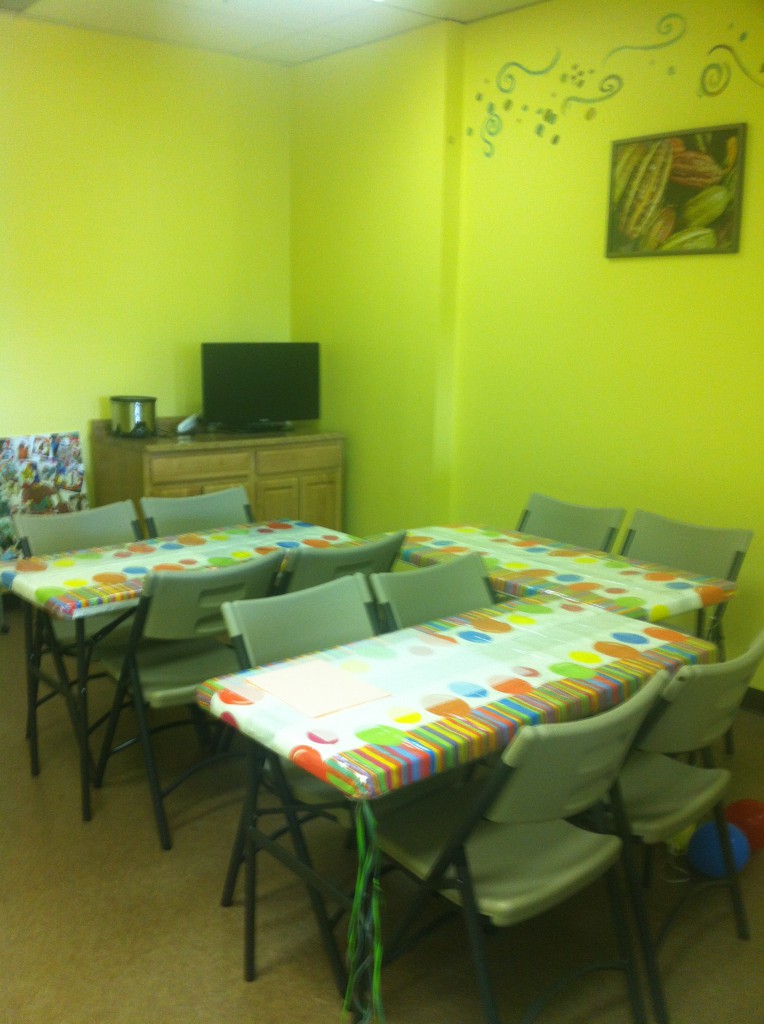 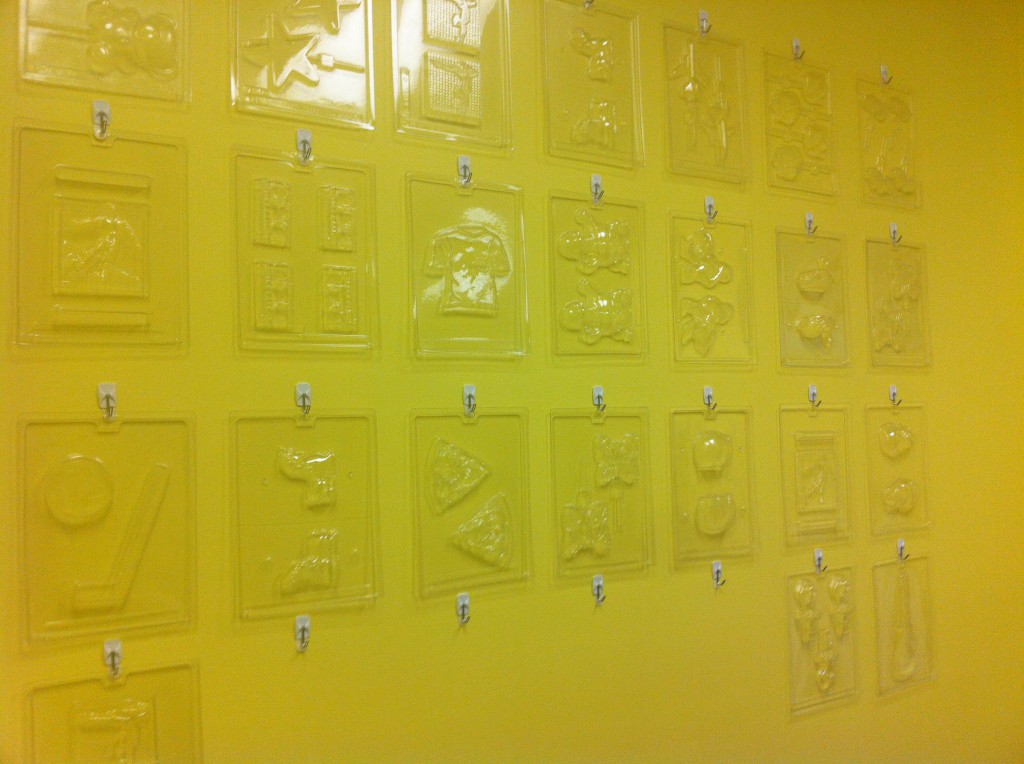 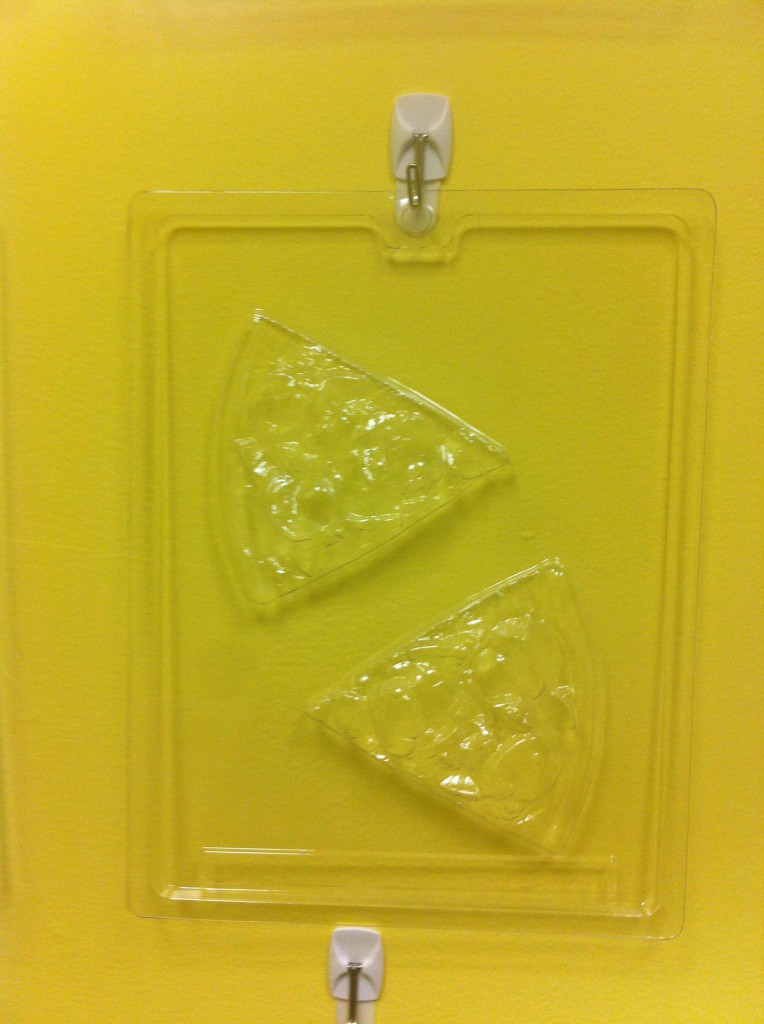 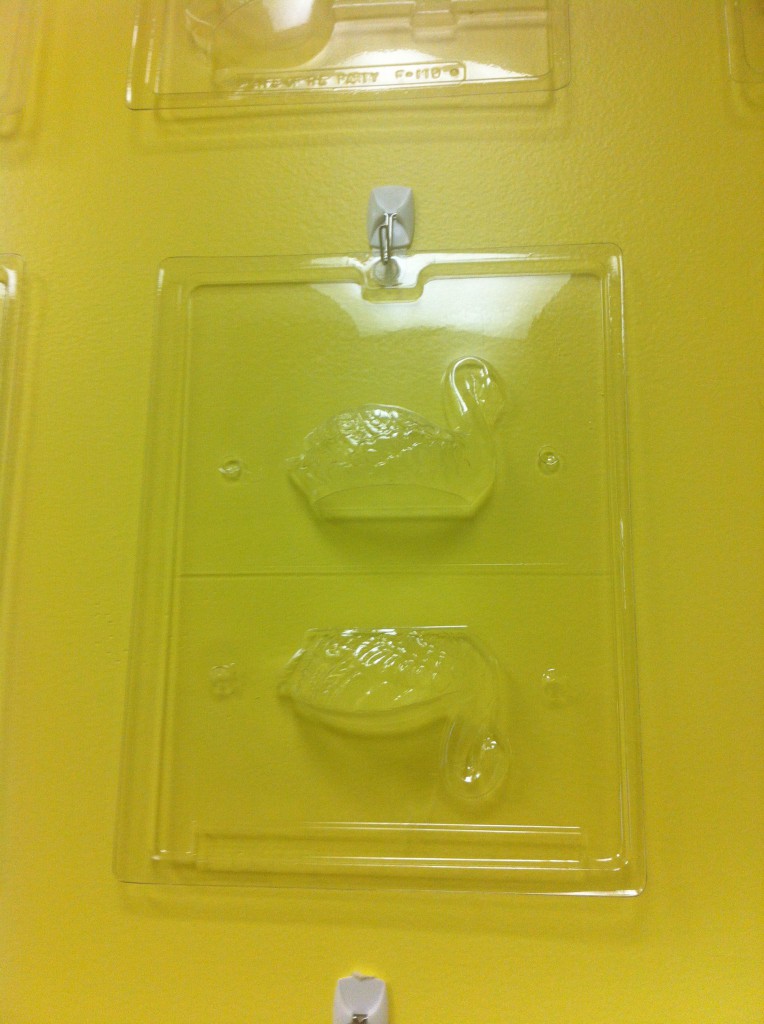 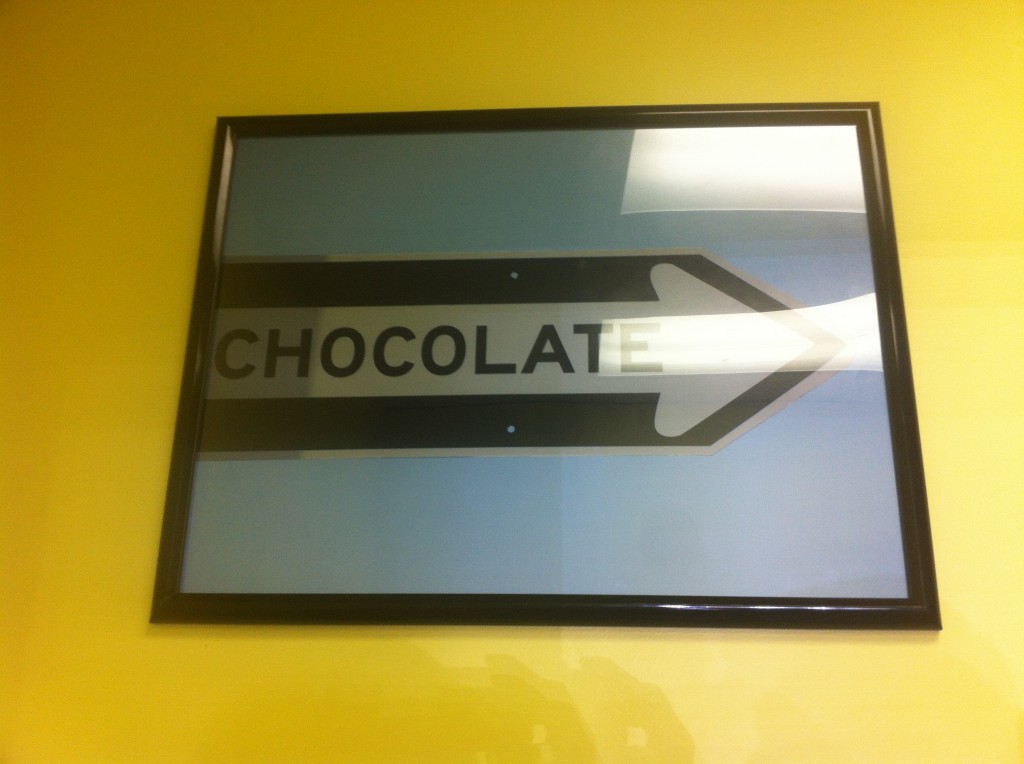 While I was looking around, I got to try a piece of the Castaway, which is dark chocolate, coconut oil, and sesame seeds. It’s safe to say, this was the first time I ever had a piece of chocolate with sesame seeds in it, but the effect was quite delightful, as the coconut oil was the predominant flavor in the chocolate, making the sesame seeds a textural element that mimicked the effect of toasted coconut. I also picked a piece to go home with–Chocolate Therapy’s version of a peanut butter cup, that includes coconut oil mixed into the peanut butter, and is made with dark chocolate. 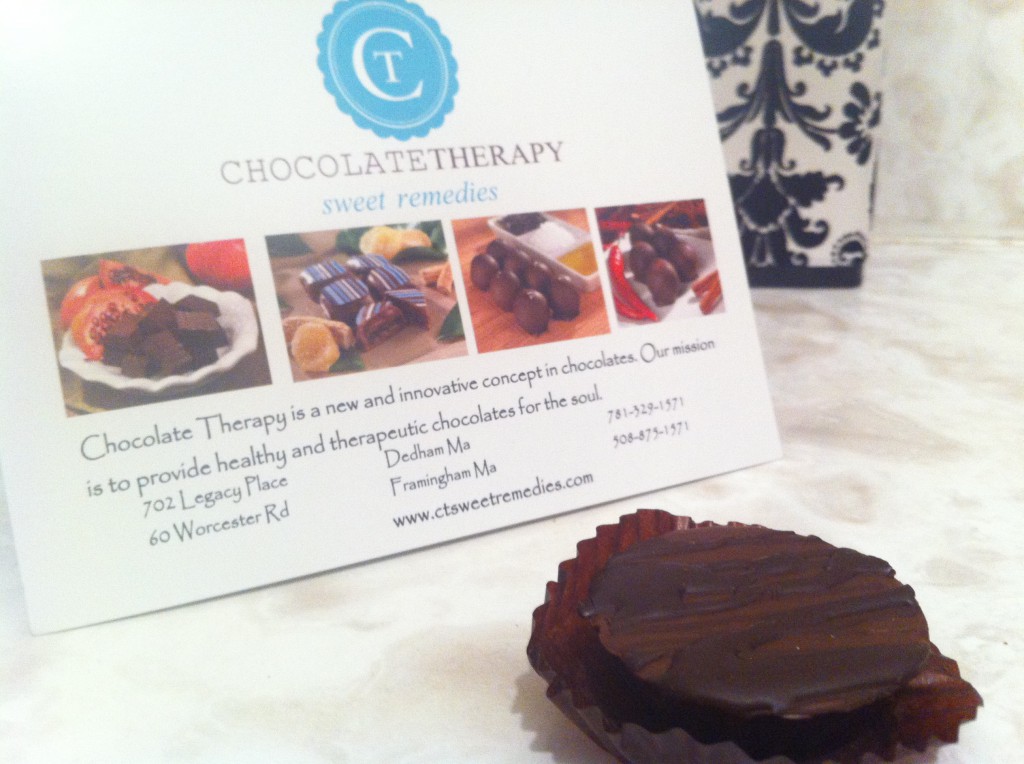 Since Chocolate Therapy tries to include ingredients that have health benefits or restorative properties, many of their truffle flavors are unique. Coconut oil has been shown to improve hair and skin quality, as well as help with weight loss and stress relief. Sesame seeds can help reduce cholesterol and rheumatoid arthritis. 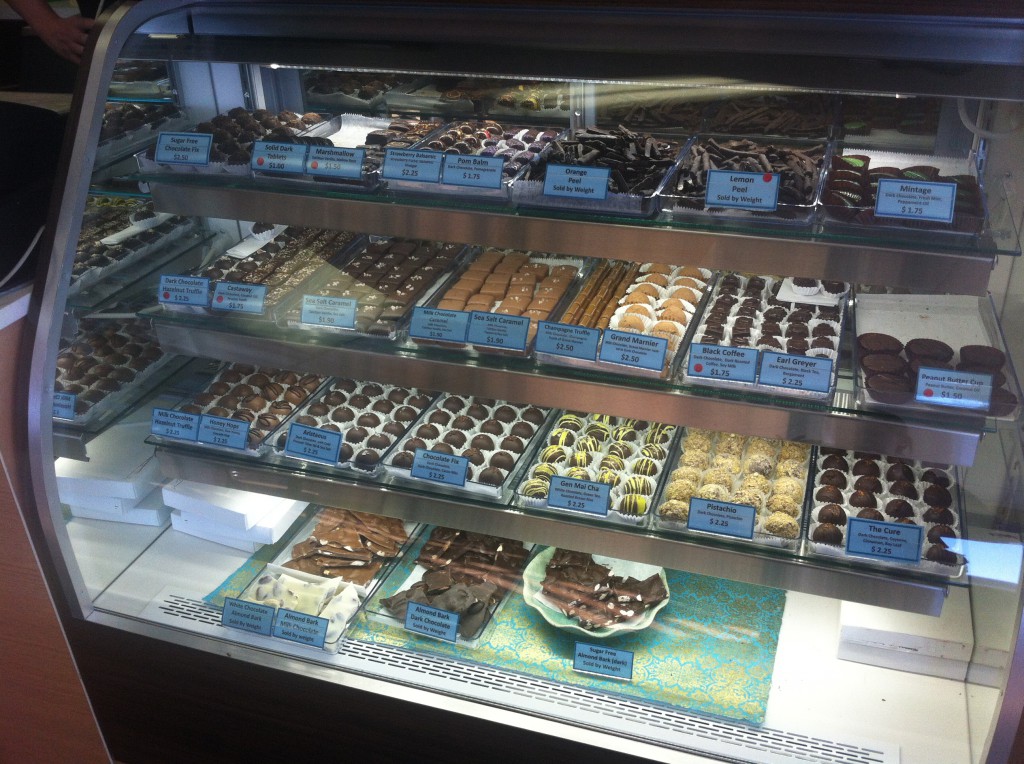 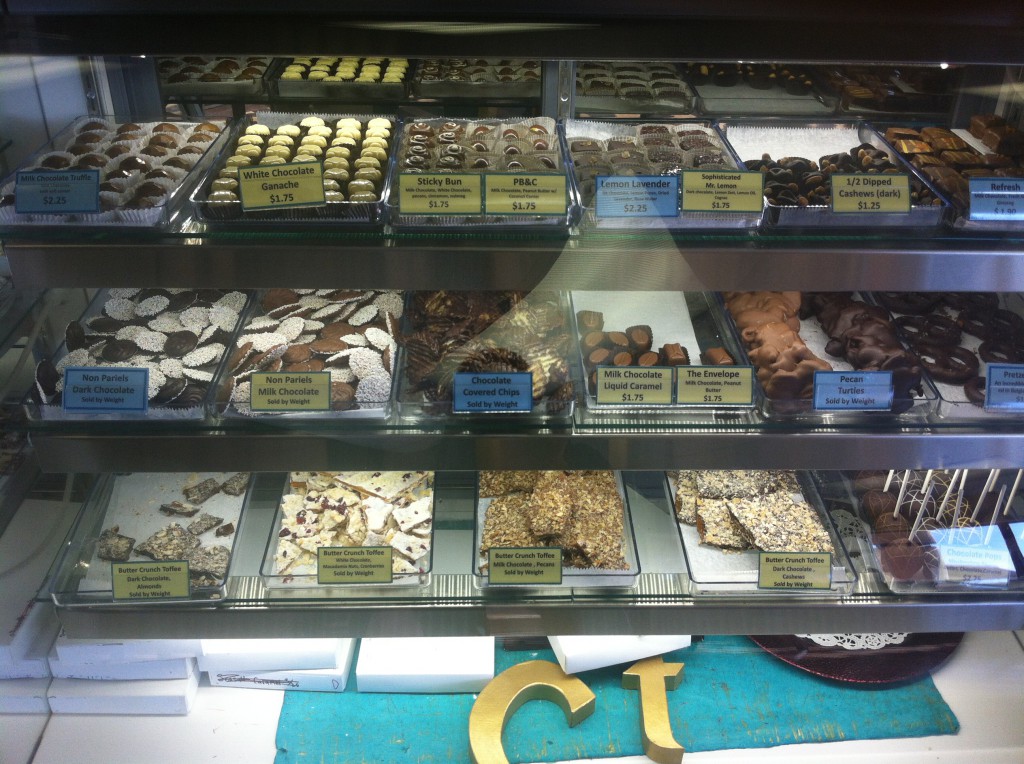 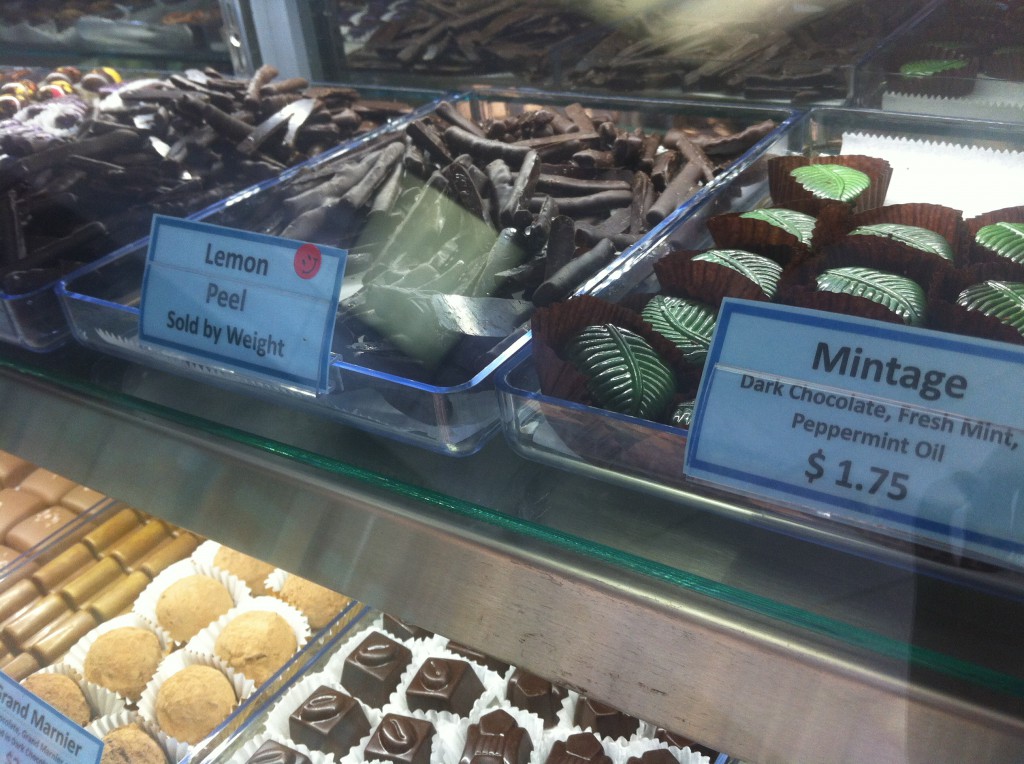 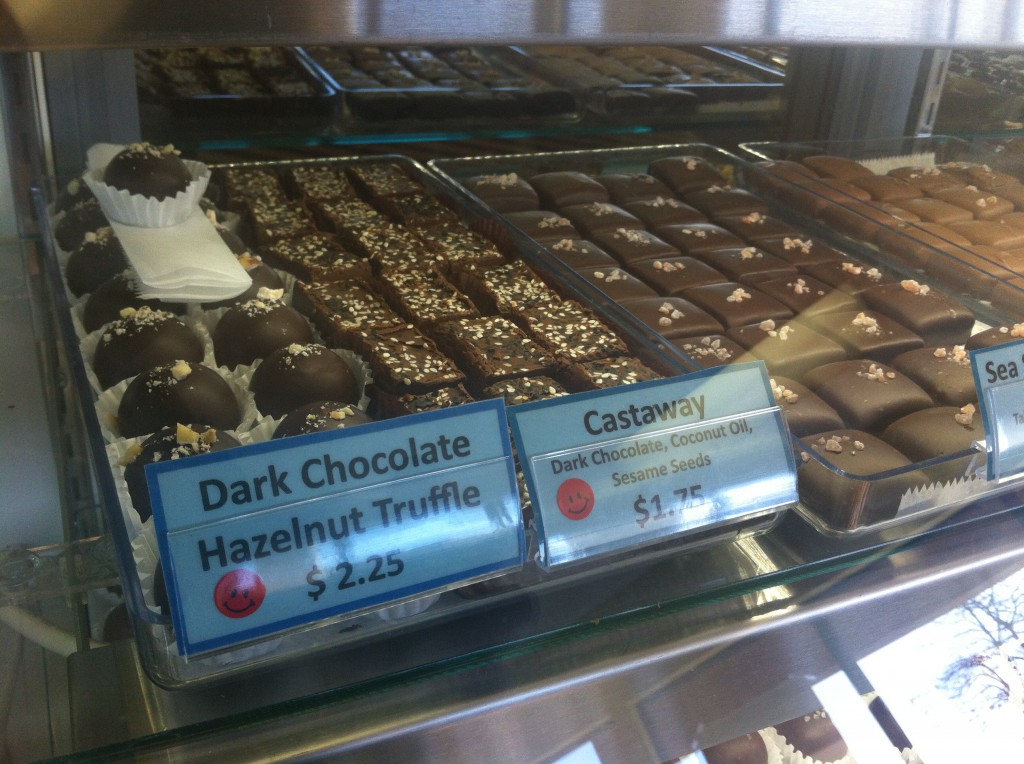 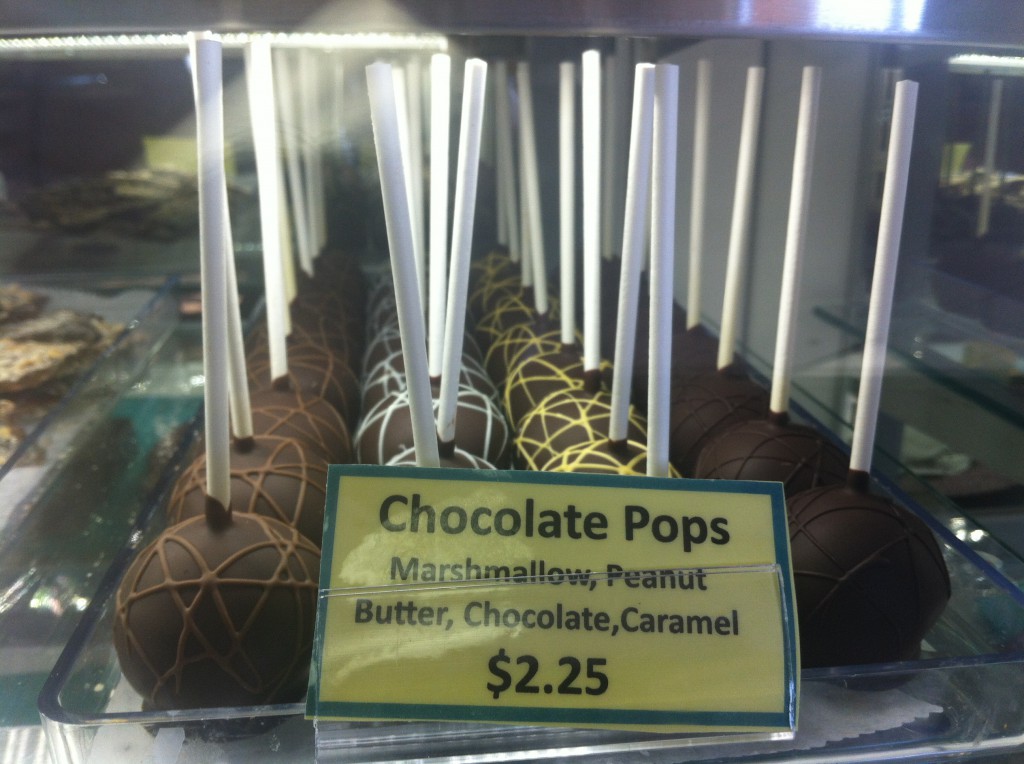