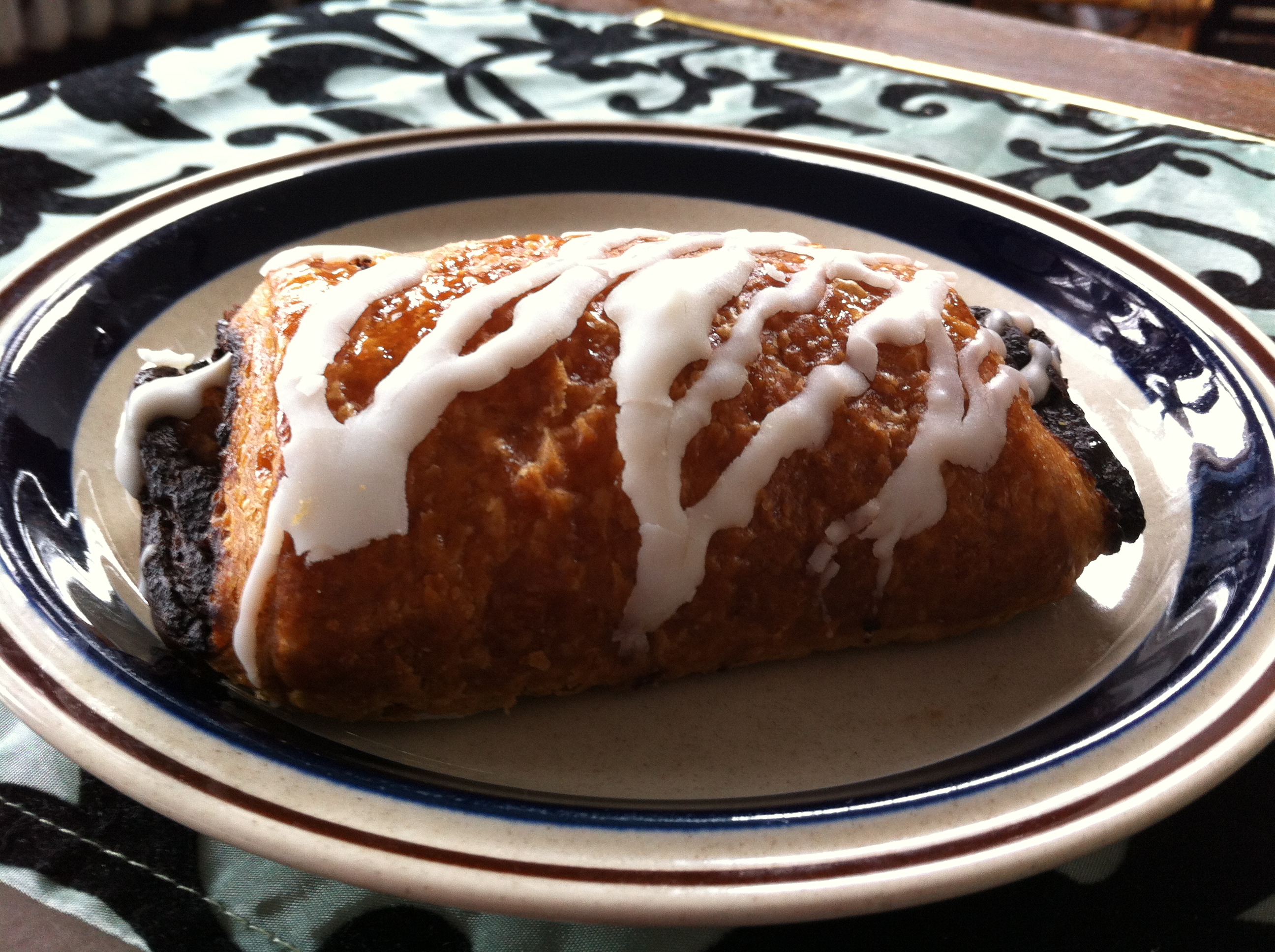 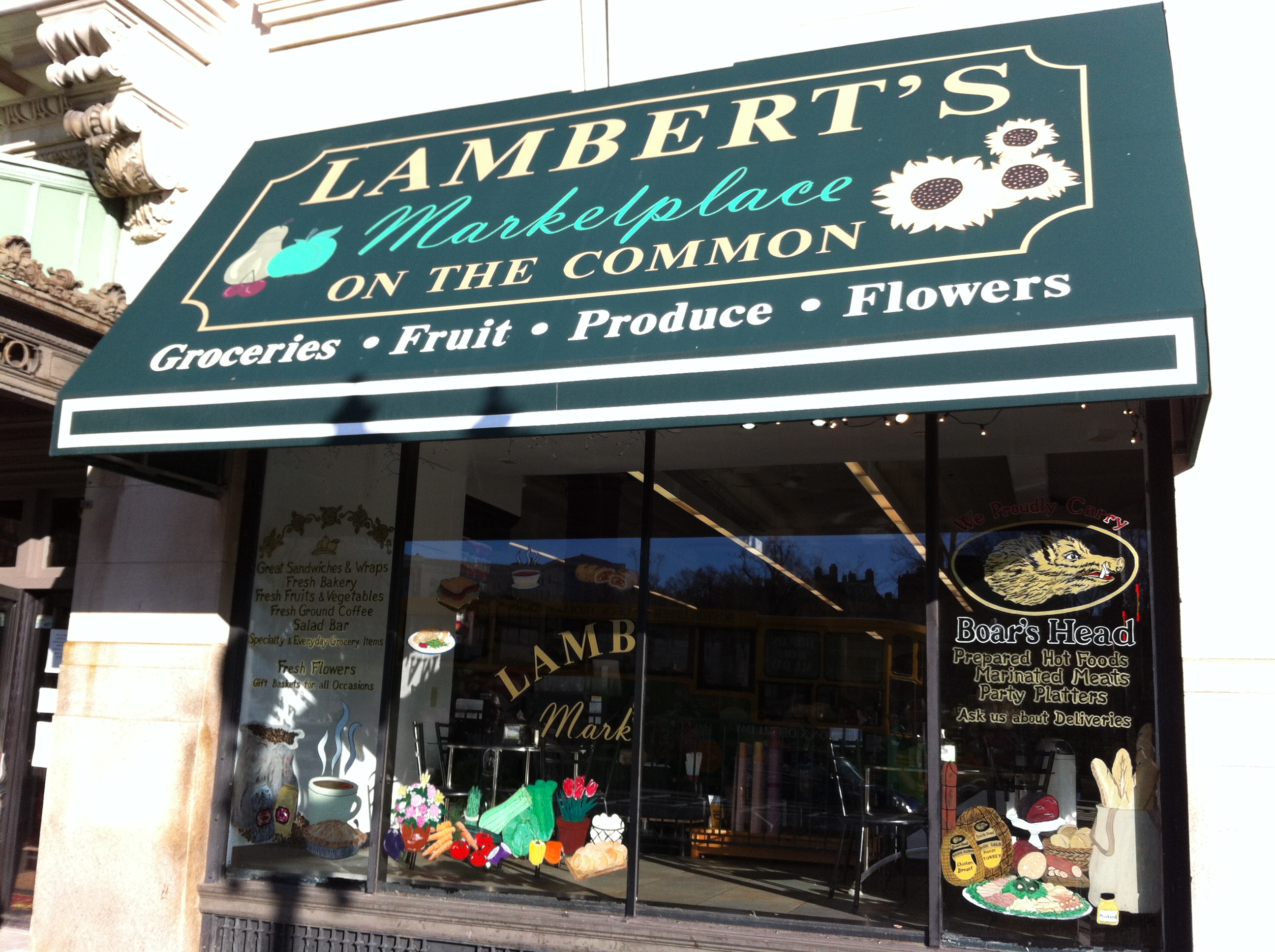 Saturday after chocolate tours, I decided to take advantage of the milder temps and the fact that the evenings stay lighter for longer now, and walked all the way from the South End to Downtown Crossing for a bit of shopping. While I was in the mood for shoes, I didn’t find anything that particularly caught my fancy (or appealed to my price range), and ended up hopping on the train at Park Street empty handed–almost.

Before I left the area, I stopped in at Lambert’s Marketplace on Tremont Street, a spot I first got to knew when I worked in the area as a great place for lunchtime sandwiches. I recalled they also had a nice little pastry counter, that features a variety of items, from cookies, to cupcakes, to danishes, to chocolate croissants! As luck would have it that day, there was exactly one lonely chocolate croissant left, waiting for me to take it home.

While paying for my croissant, I also noticed they sell small squares of Ritter Sport for 69 cents, as well as some delectable looking double chocolate muffins in the case–my exploration will be called for on a different day! 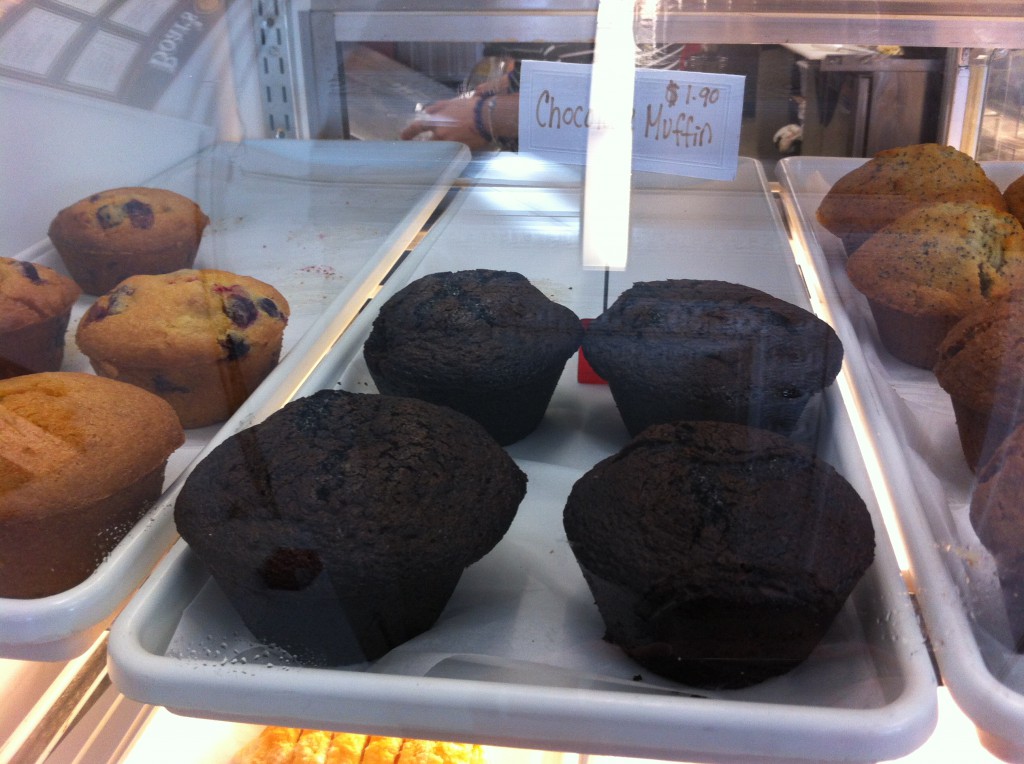 The croissant had a drizzle of sugary icing over the top, which I could have done without, and the pastry part was a little dry/tough, which was probably reflective of what I suspect was the fact that the croissant had been left from the day before. Nevertheless, they did use a good chocolate filling, as the center was dark and rich and not too sugary, or too syrupy in texture.

Overall, it was a decent croissant for the price–$1.99. Not something I would travel to the neighborhood distinctly for, but nice to know they’re there! 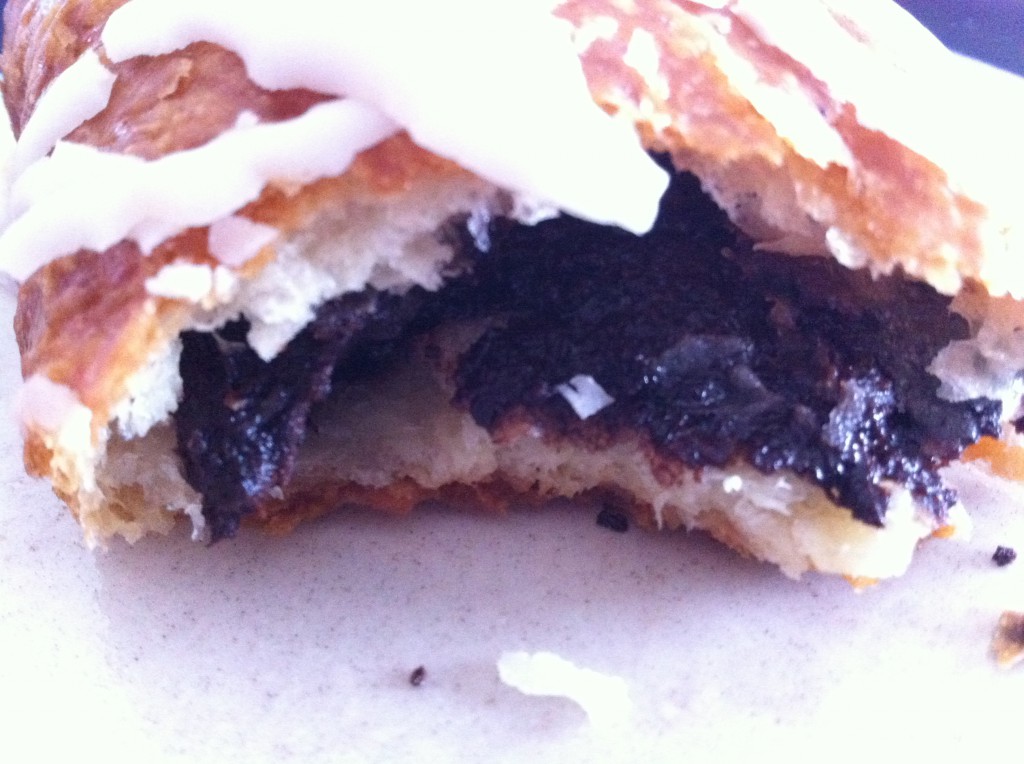