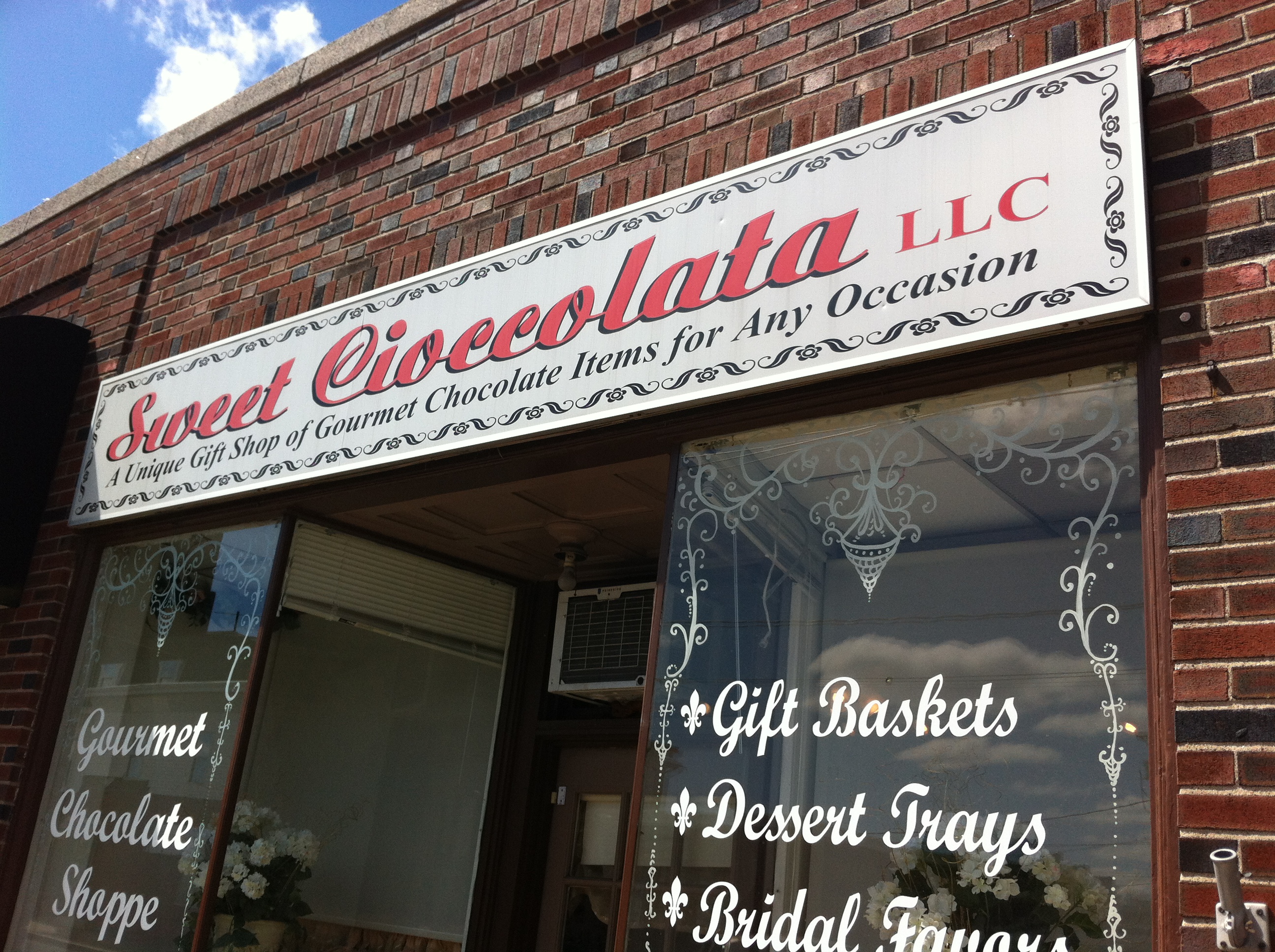 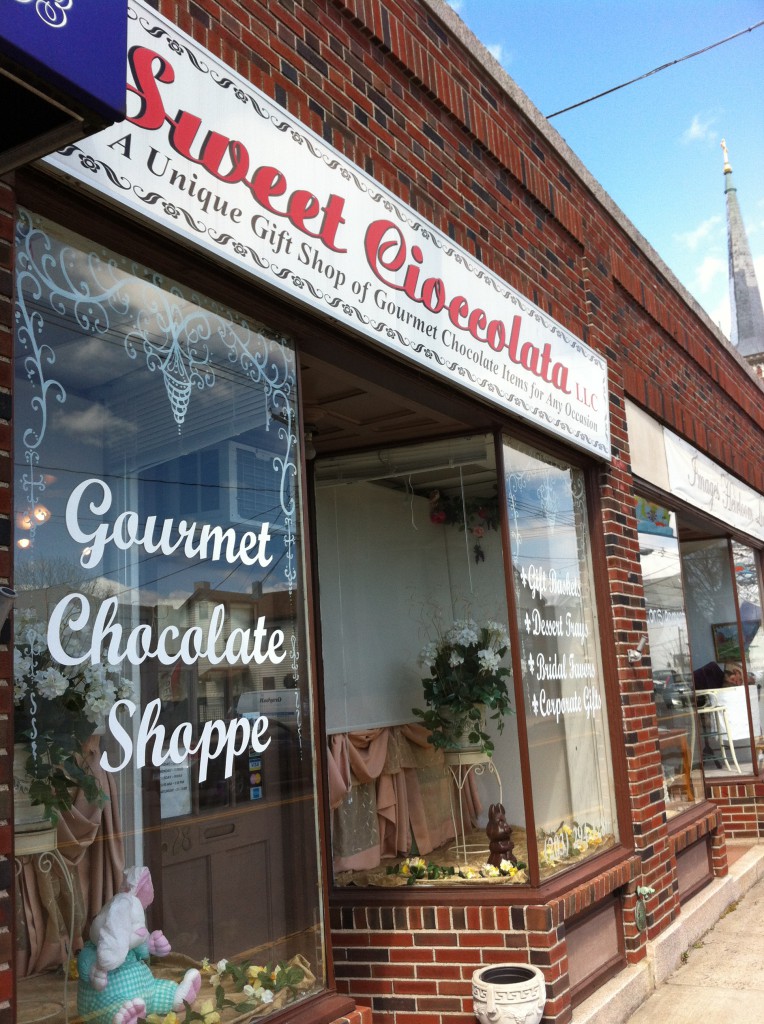 While I was back home in Connecticut, I wanted to make sure I stopped in at the little chocolate shop near the center of town called Sweet Cioccolata. Sweet Cioccolata has been in town for over 10 years now, and is owned by Rachel Ceste, a longtime chocolate enthusiast who started making chocolates as a hobby while attending cooking classes.  Her interest quickly grew in the genre when she began attending gift and chocolate trade shows and fairs.  She went on to take more classes in Canada, where the craft of chocolate-making is considered to be an art form. 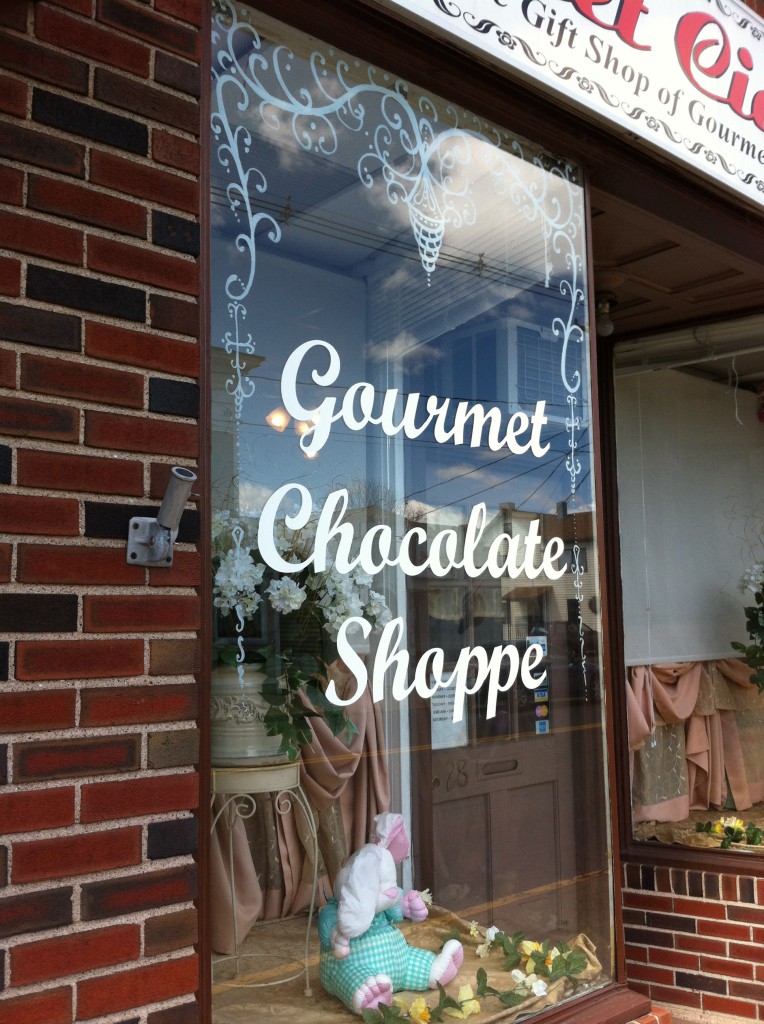 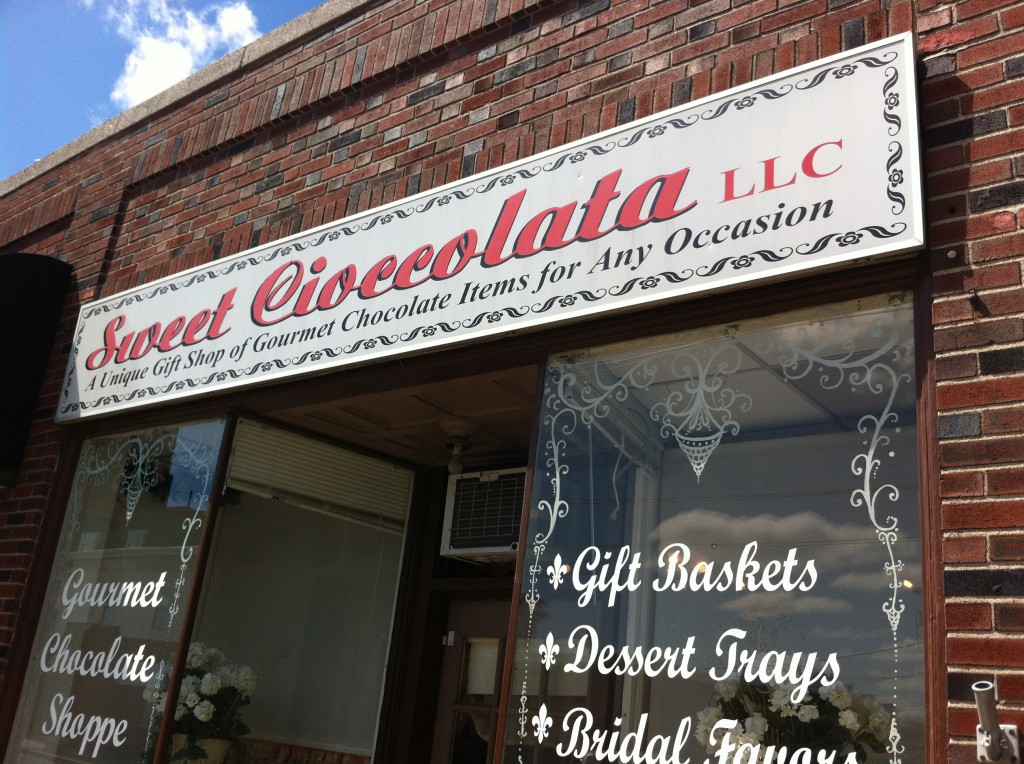 I had first become aware of the shop years ago as it opened up right around the time I was leaving Wallingford to move to Boston for college. I actually ordered something from them online after I move to Boston permanently upon graduating, as I wanted to put together a gift box for a friend in Germany, and wanted to send her something from my hometown. So, in actuality, this week was the first time I actually set foot inside the tiny shop, and enjoyed getting to look at the variety of chocolate dipped items–cookies, Oreos, pretzels, popcorn, and other things, as well as solid shapes in milk and dark, barks, and a truffle case that included some lovely looking peanut butter cups. 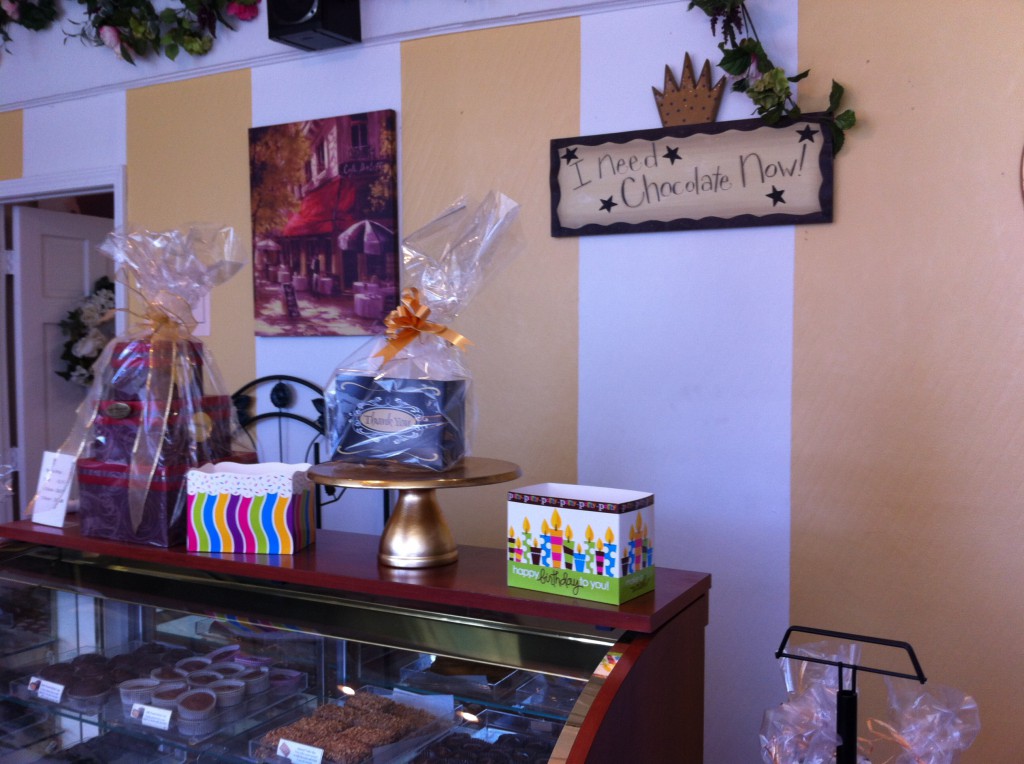 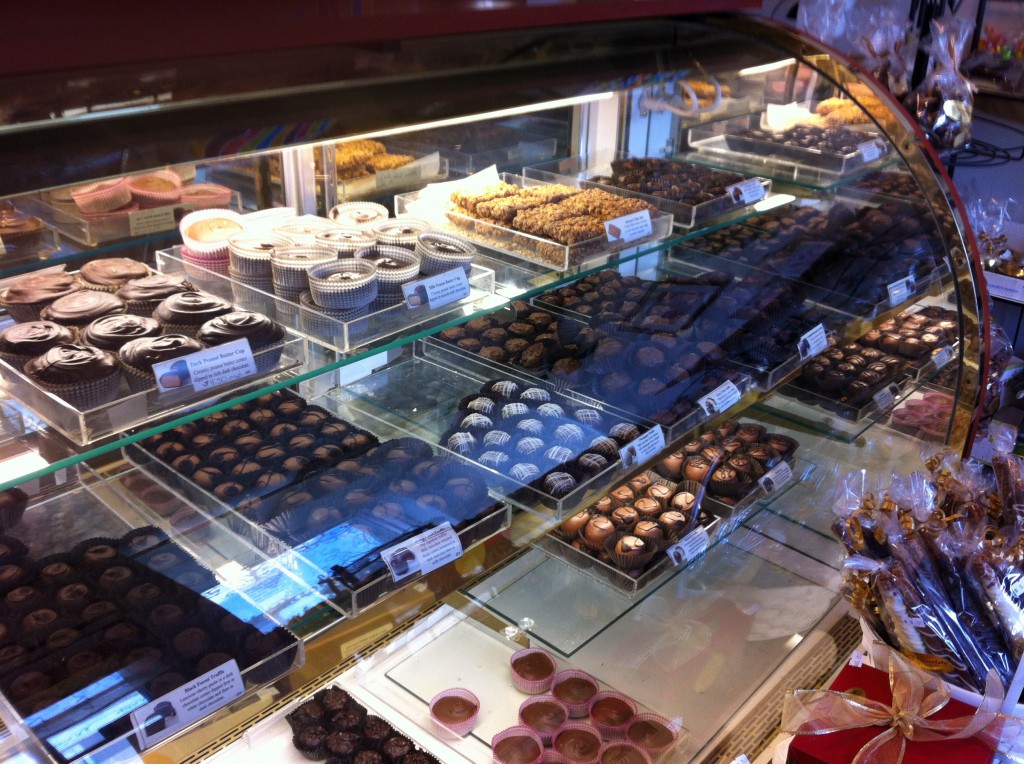 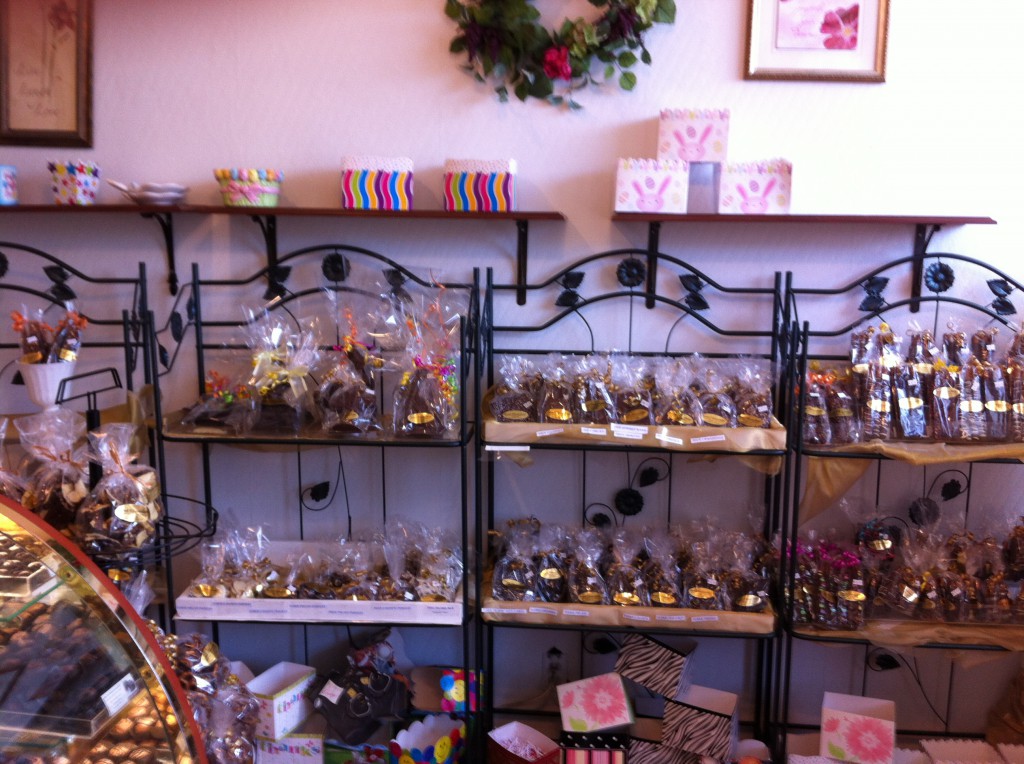 I selected a bag of dark chocolate coconut bark, and asked the friendly gal behind the counter what their most popular truffle was. She told me it was the fudge love truffle, followed closely by the black forest truffle. I asked her if they make the fudge centers, and she said that they don’t–they actually don’t do any assembly at the shop–they have other folks put the items together using their chocolate. I also asked her if the majority of customers prefer milk or dark–her answer, as I suspected, was milk. She told me that they did a crazy business at Easter, as they do most holidays. I decided to get one of the dark fudge love truffles, so the young woman happily wrapped it for me a little cellophane pouch with a ribbon. The truffle had a rich, slightly sweet scent, with a firm outer shell that gave a hearty snap when bitten into to reveal the soft fudgey center. The coconut bark had slightly crisp, sweet coconut, evenly distributed through a rich dark chocolate with an ever so slight hint of berry to it, typical of Valrhona chocolate. 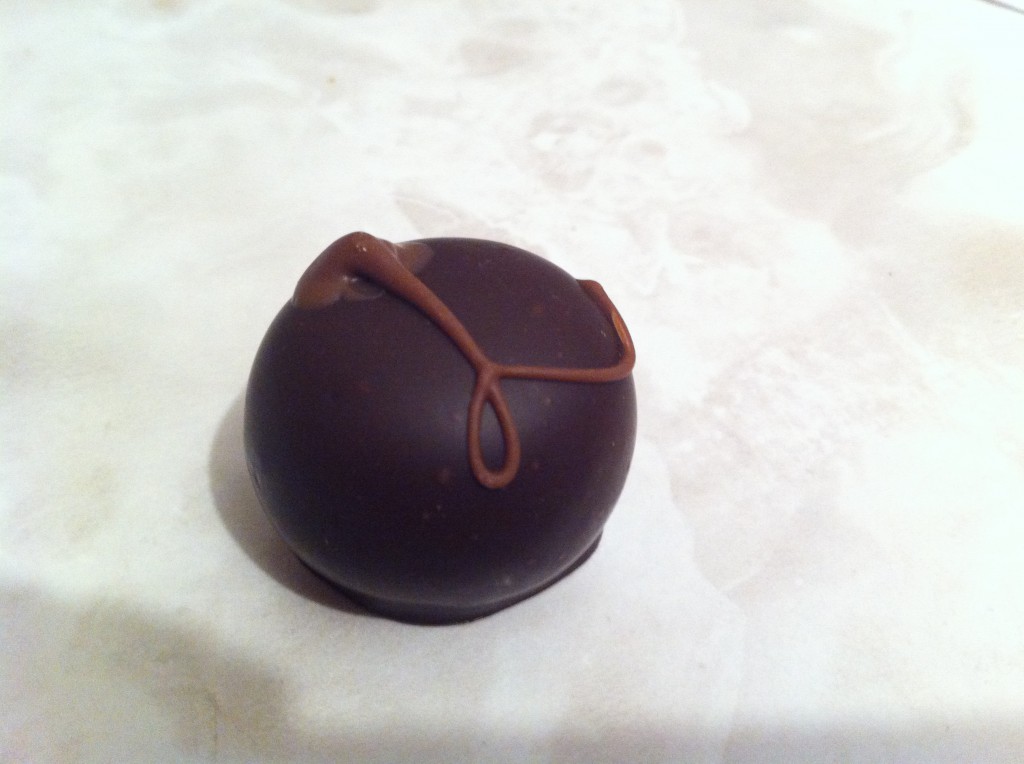 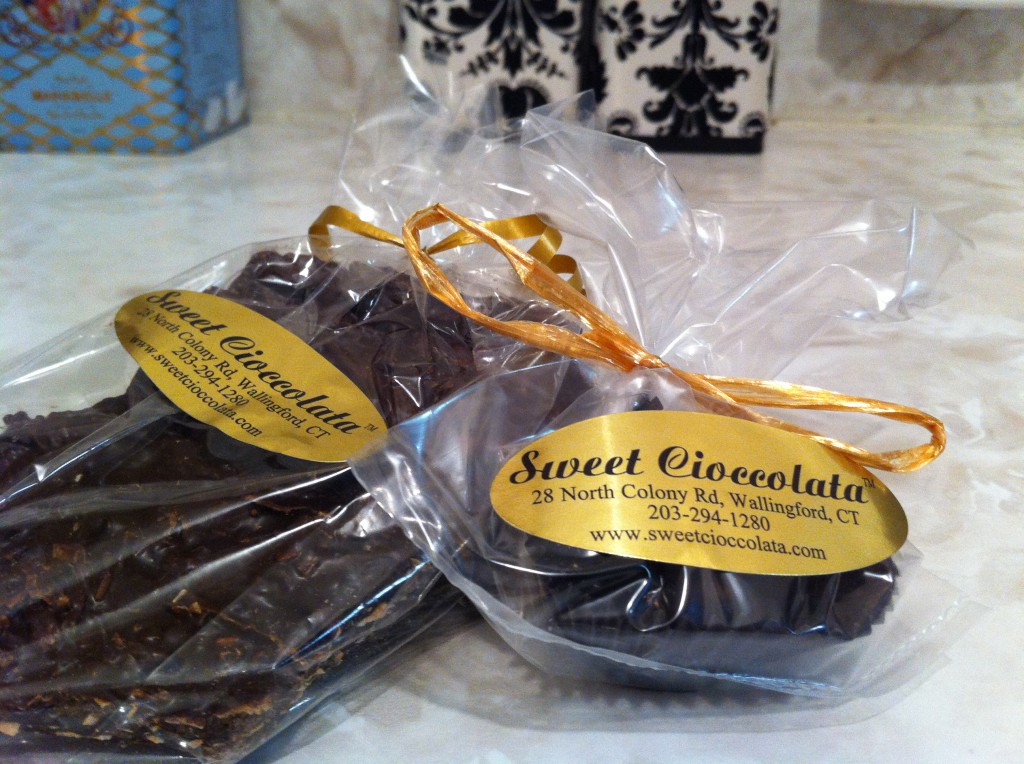 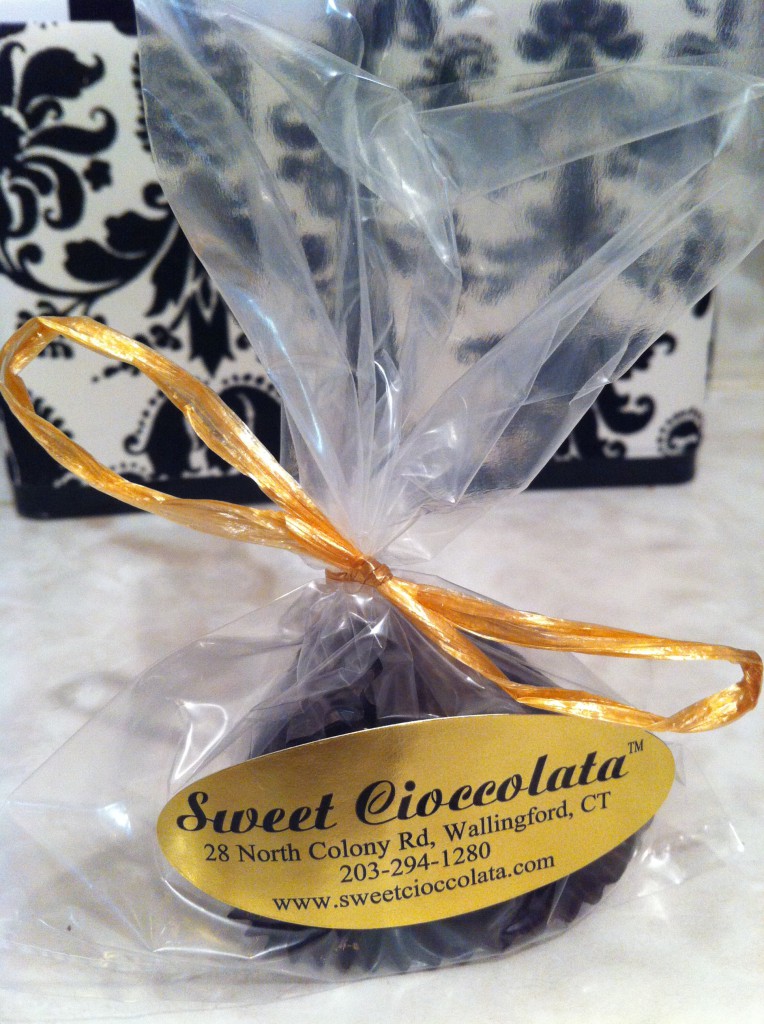 They specialize in putting together custom gift baskets, which is evident in the way all of their chocolates are beautifully wrapped with ribbons, and colored chocolate drizzles are seen on many of their treats. They also do chocolate dipped fruits, like strawberries, cherries, and blueberries.