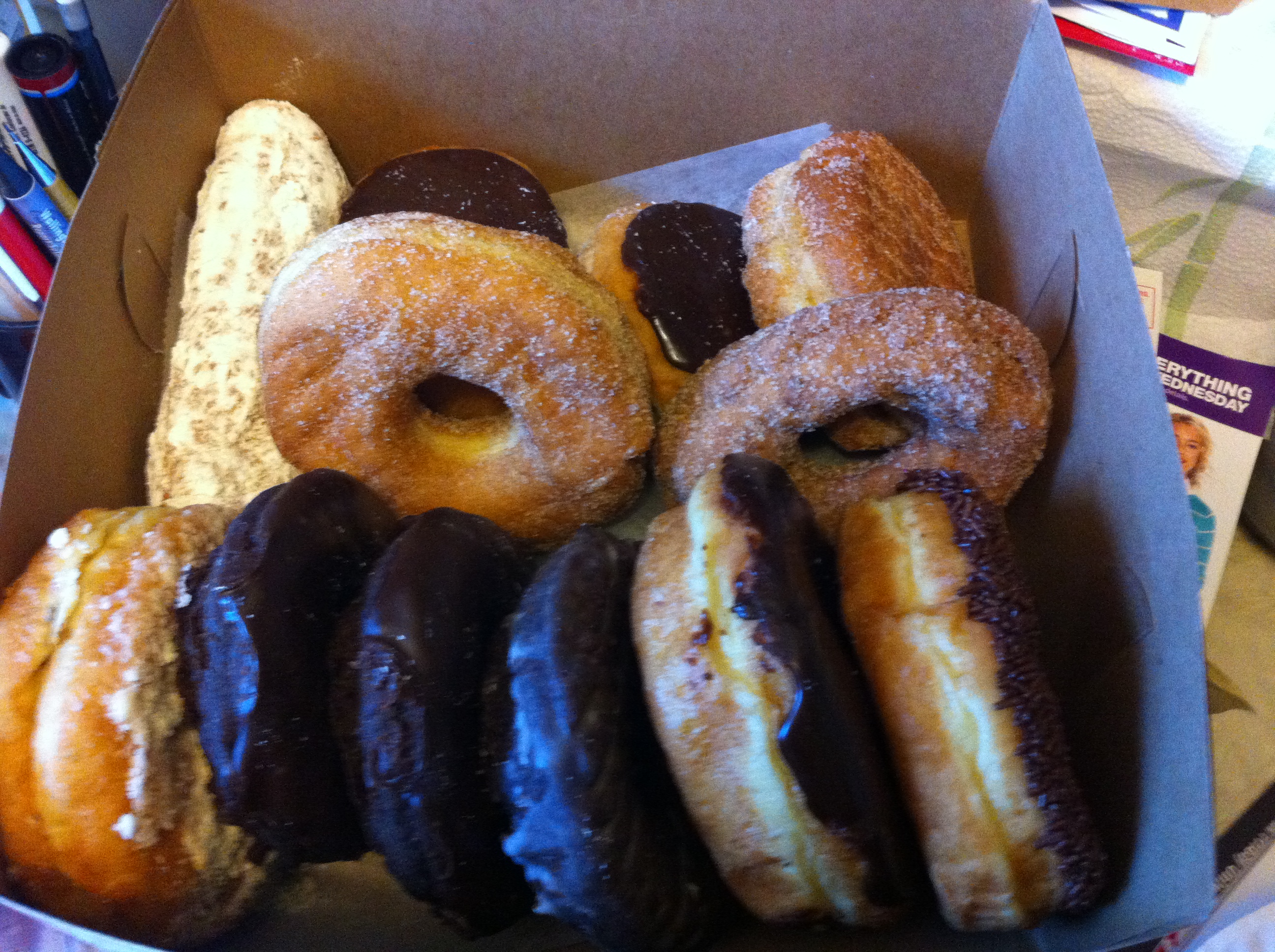 Though I didn’t come to know it until it had already become an adopted way of life for me, but since I was very young, I have long ascribed to the late, great, Jim Belushi’s assertion that little chocolate donuts are indeed “the breakfast of champions.” While this is by all means not the only  thing I will eat for breakfast (I mean, there’s also chocolate chip muffins, and of course, chocolate croissants), I do find the occasional morning donut(s) to be quite enjoyable.

On a recent trip back to my hometown of Wallingford, Connecticut, I found myself giving the nickel tour to my Chocolate Companion, and counted Neils Donuts among the highlights as “the best donuts in town.” Say no more, as it turned out, as CC just had to get his hands on some of the donuts! After a couple  early morning failed attempts, we finally were able to acquire a dozen of the delectable things, and were all the more satisfied to have done so using a $1 off coupon my mother had procured. 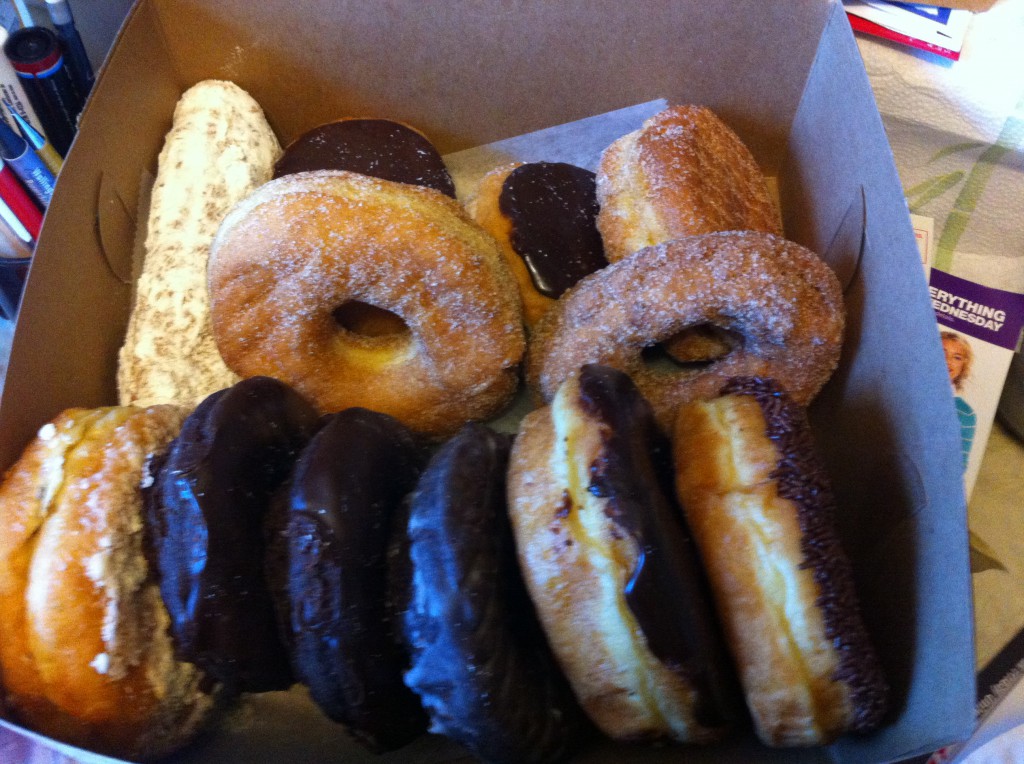 Though this was not the first time I had had Neils Donuts, it had been at least several years since the last time one had grazed (glazed?) my lips. Thus now being more cultured, and having a more sophisticated palette since the last time, I was able to fully appreciate their craftsmanship. As it turns out, they were just named one of the 50 Finest Donut Shops in America according to Saveur Magazine, March 2013. High praise indeed!

Since we were sharing our dozen, we got an assortment of flavors, but the full array of  chocolate donut flavors include: 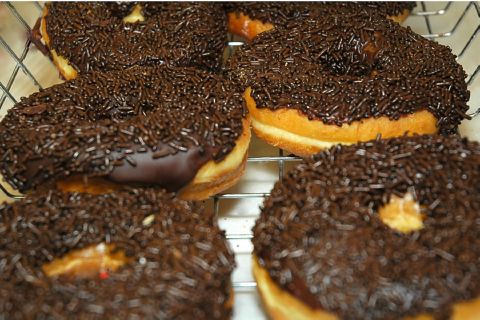 All of the donuts are much bigger than your standard Dunkin Donut, and they all have that distinct “a real person made this” feeling, rather than some sort of commercialized “cookie cutter” feel. The crullers feel like they have been pulled and twisted by hand, and the jelly and cream filled donuts are all halved and filled, rather than injected.