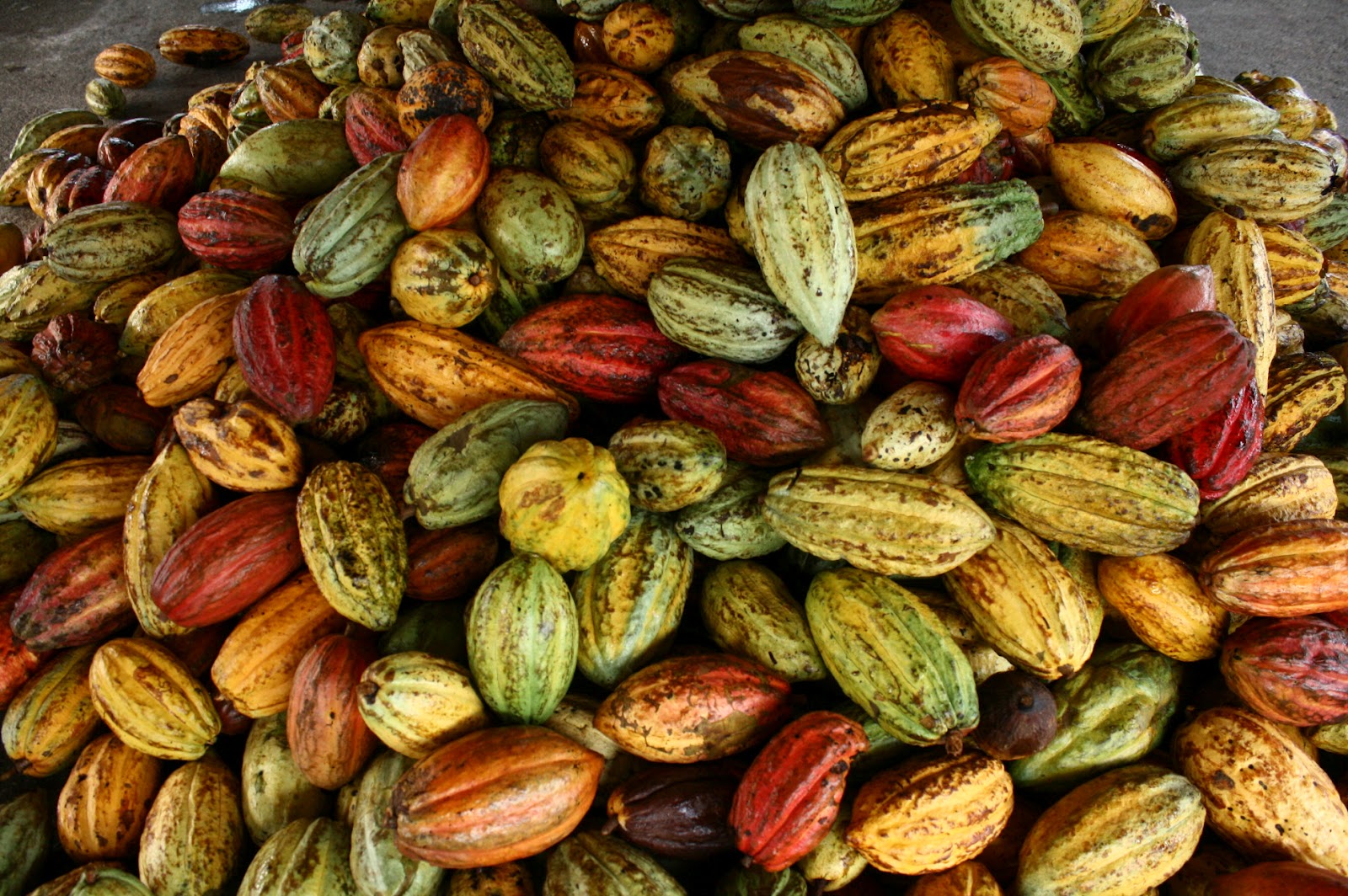 Most people are aware of the fact that the bean that chocolate is made from grows on trees, but beyond that, the process is kind of a mystery. It’s like elves get a hold of it, and do magical things inside a tree, and then it’s yummy and delicious! The whole middle part is kind of fuzzy. In order to understand the whole process though, it’s important to have a clear picture of the very beginning. I’d like to try to help with that.

First of all, when you think of something growing from a tree, you think of an apple or an orange–something growing from the branches or limbs of the tree. Cacao beans grow inside pods that actually grow up and down the trunk of the tree, so it’s very unique and distinctive. There are are actually three different types of cacao beans that come from three different species of cacao tree. 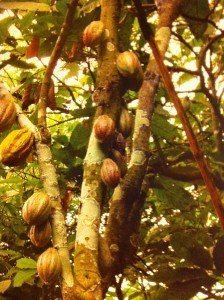 Forastero, which is Spanish for “foreigner,” is believed to have originated around the Amazon Basin. It is the heartiest and most common type of cacao tree, and produces the majority of chocolate in the world–more than 80%. The beans have a naturally occurring slight bitterness to them.

Criollo, which is Spanish for native, and most likely came from Central America. The criollo tree is the most sensitive of the three types, as it is susceptible to disease, making it difficult to grow. As a result, criollo only accounts for about 5% of the world’s chocolate supply, making it more expensive. Criollo beans contain a high percentage of cocoa butter, and is considered to be of extremely high quality.

Trinitario, or “of Trinidad,” is a a hybrid strain of the two other types, combing their better respective qualities of heartiness and flavor. It is said that the species was created in 1727 when a natural disaster killed the majority of criollo trees in Trinidad. Those that remained were cross-pollinated with the South American seed forastero trees that were planted to replace them. Trinitario makes up 10-15% of the world’s cocoa, and is said to have naturally occurring fruit notes.

5 Types of Chocolates You Weren't Sure About, Explained