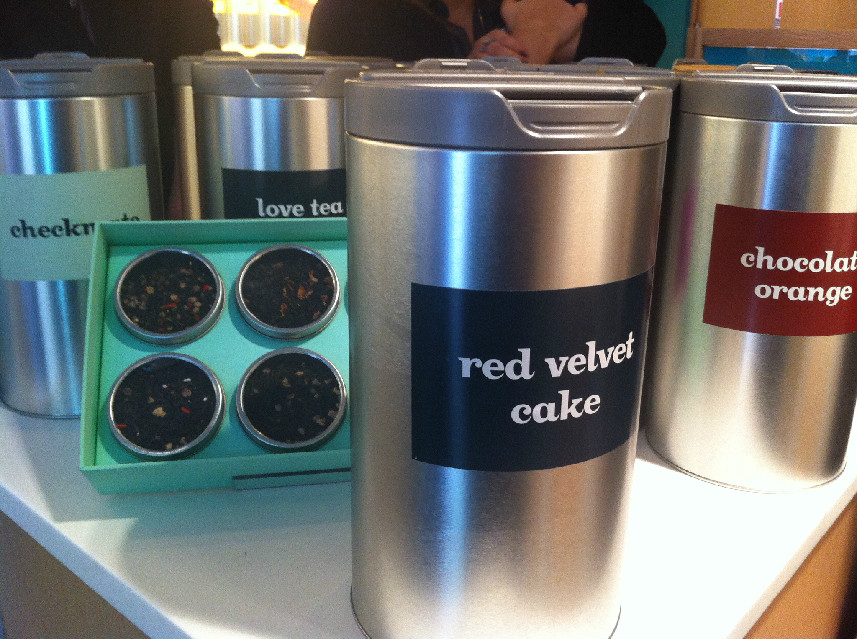 One of the delightful aspects of working in anything related to chocolate is that you get to meet other folks who have an enthusiasm for the subject matter. Yesterday was a great example of this.

In the early afternoon hours, I headed over to the South End to have a meeting with the folks of David’s Tea. If you’re not familiar with this company, definitely check them out. They’re based out of Toronto, Canada, and opened their first store in 2008. Each store carries over 150 different types of teas, with some flavors rotating in and out depending on the season. At our meeting, I met with Tori, the head of marketing for the U.S., and Vincent, the South End store manager, who were both so sweet and knowledgable about their products. Did you know that tea is one of the most heavily consumed beverages on the planet, second only to water? That’s incredible! While in the store, I was amazed to see the great variety of teas they carry, varying from types I’m familiar with, like black, green, white, herbal, and oolong. Then there were categories I had never come across before, like mate, rooibos, and pu’erh. Within each of these categories, they had flavors reflective of almost any edible thing you could think of. I, of course, was most interested in checking out the chocolate flavors! 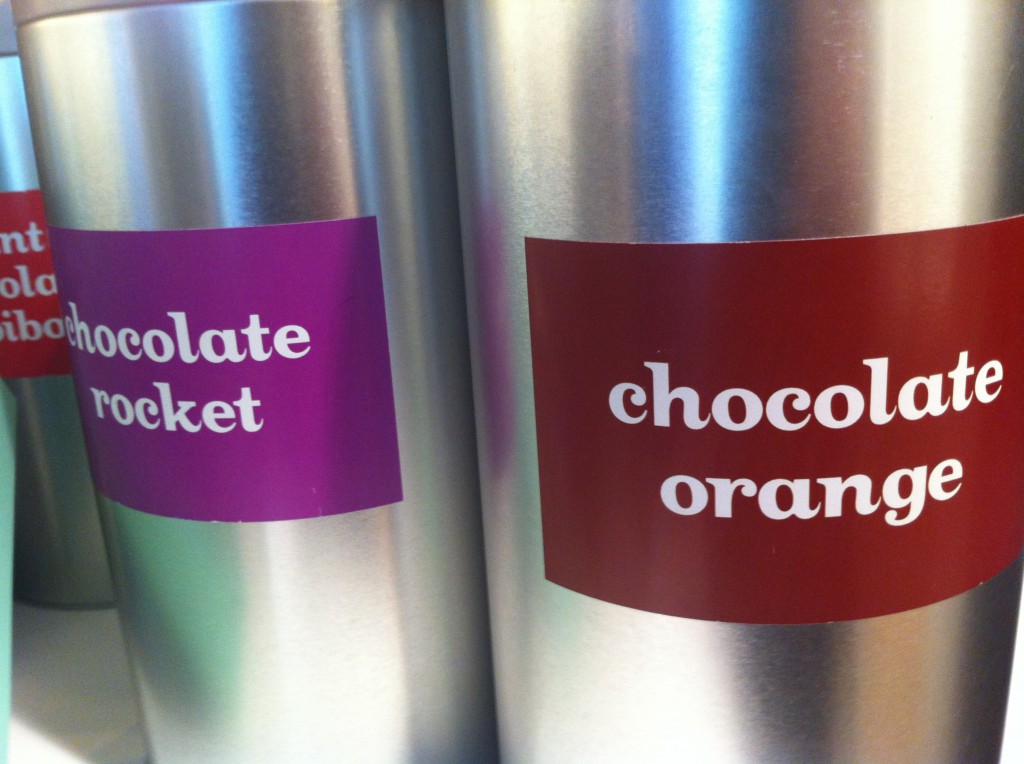 As it turns out, there were quite a lot of chocolate varieties to choose from. I ended up trying their Cocoa Canela and Chocolate Rocket flavors. The Cocoa Canela contains carob, cocoa nibs and powder, cinnamon, and chocolate chips and had a slightly spicy flavor to it. The Chocolate Rocket flavor contains cocoa, almonds, roasted chicory root, and raspberries and had a natural sweetness that shown through on the back end of each taste. They also have flavors like Cookie Dough, Red Velvet Cake, Mint Chocolate Rooibos, Banana Dream Pie, and Chocolate Chili Chai and many more.

The South End store has only been open since December, but it’s not hard to see why they have already earned themselves quite a following in the neighborhood. The nice part of each store is that they do daily tastings of at least two flavors, but any flavor is available for you to view and have a sniff of from their sampling canisters. It’s really quite a lovely store, full of brightness, color, and very aromatic. 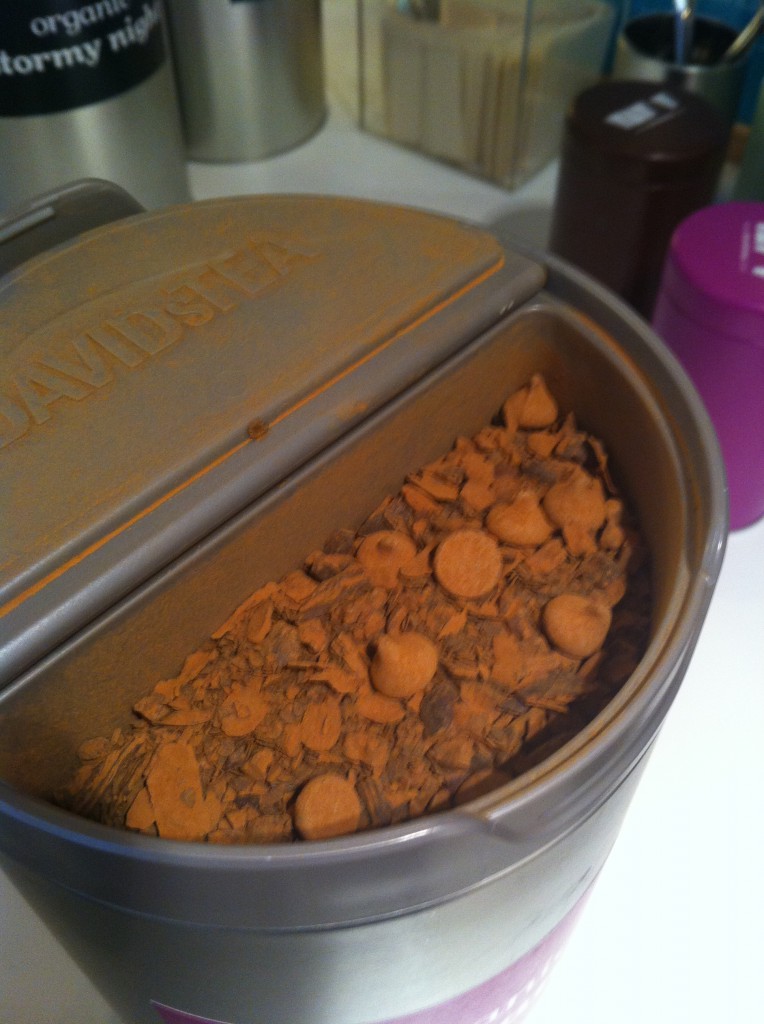 It was so interesting not only hearing about the teas and the company’s background, but also seeing how cocoa can be used in teas in such a variety of ways. Just like chocolate, when carefully made, can have naturally occurring flavor notes that range from spicy to fruity to salty to even smokey, particularly if they are single origin bars, tea can also utilize the cocoa base in different ways to create drinks that have all of these same flavor profiles, and more.

After the meeting, I headed over to Hotel Chocolat, and low and behold, ran into a gentleman that owns a food distribution company in the greater Boston. As it turns out, a large percentage of the foods he works with are high end commercial chocolates like Valrhona, Callebaut, and Cacao Barry. After what evolved into a rather lengthy discussion about our mutual experiences with chocolate, as well as our knowledge and relationships with various chocolatiers and pastry chefs in the Boston area, we exchanged business cards in the hopes of working together in the future on some events!

The future is chocolatey, my friends!